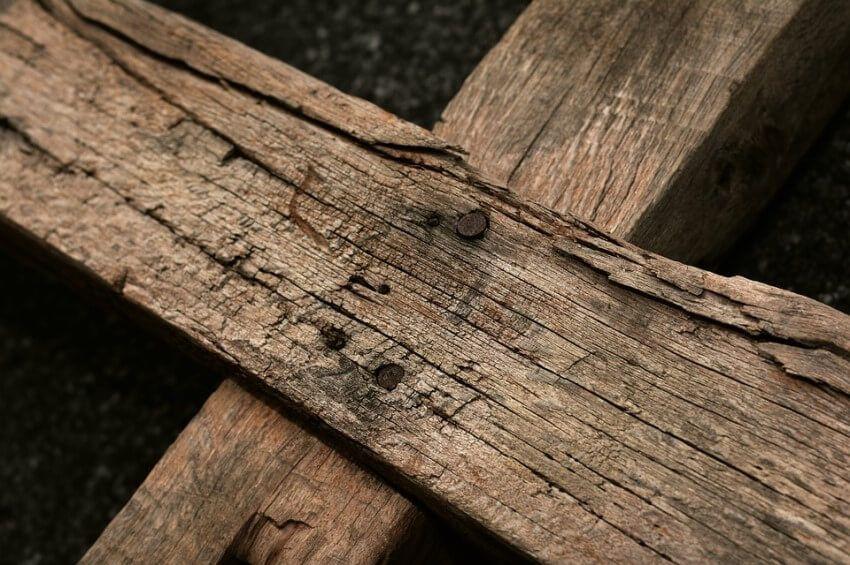 Easter is the Greatest Feast for the Eastern Orthodoxy. Greek tradition is full of legends related to the Passion of Christ. Among all, the ones I love the most, are the Legend of the Loidoria Tree and the Legend of the Vassilikos (basil) and the Holy Cross.

I first heard about these two legends when I was a child and I remember myself always getting emotional, whenever I reflected on them. Maybe because both are connected to Nature, that I love so much and because, in my opinion, they demonstrate, something I strongly believe: that Nature and God always go together.

Loidoria is a kind of a rare evergreen shrub, resembling the oak tree and the holy tree, with green leaves that exude a heavy and bad odor.

It is considered by the people as a cursed tree, because from its wood the cross of Jesus Christ was made.

According to the legend, when the creatures of nature learned of Christ’s condemnation, all trees and plants gathered to a huge meeting, during which they decided not to give their wood for the construction of the cross, on which the Jews would crucify Jesus.

But, as among the twelve Apostles, there was a Judas who betrayed Jesus, the same happened among the trees. One tree – Loidoria – did not accept the decision, stating that it would not refuse to give wood to the Jews.

All the other trees cursed Loidoria and said that it would, forever, be absolved for its terrible betrayal.

When the time came and the Jewish carpenters began to make the cross, they were surprised to see that none of the known woods could withstand their axes. As soon as they would hit them with their axes, the woods of the trees would break and all their efforts were wasted.

After they tried all the woods and could not achieve their will, they also caught wood from Loidoria. The tree held no resistance and so the cross was made.

From that day on, however, God cursed the blasphemy.

It is believed, that this is the reason why this trees’s trunk is always scratched, its branches twisted and its leaves wrinkled.

The lumberjacks in the mountains avoid it, so as not to contaminate their axe and, thus, spoil the clean flame of the fire.

In fact, the wood of Loidoria burns with difficulty and when it does, it emits an unpleasant odor.

The animals avoid it too, probably for the same reason.

Nevertheless, Christ later regretted the curse and showed his mercy on the tree. So he gave it the blessing that it should never be deprived of its leaves, and that it should wear a green dress in the winter, so that it would not catch a cold.

2. The Legend of Vassilikos – the plant that revealed the Holly Cross

My other favorite folk legend is that of the Basil and the Holly Cross.

According to it, the Christians buried the wooden cross, on which Jesus Christ was crucified deep in the ground, so that the pagans would not find it and infect it. Thus, the Holy Cross remained buried in the earth for many years.

When Christianity prevailed, Saint Helen decided to find the Holy Cross and set it up inside the church in Jerusalem for Christians to worship. So she went to Jerusalem herself and asked to know where the Cross was buried.

But no Christian knew where it was. Those who had buried the cross deep in the ground many years ago, were now dead.

Saint Helen, then, laid thousands of workers and began to dig all the fields around. She had a firm belief that she would find the cross somewhere. For many months the workers were digging, without result.

One day, as Saint Helen was walking in a field full of wild flowers, she stepped on a herb and immediately a sweet smell filled the air.

“What a divine smell this is,” said Saint Helen from within.

“Where does this sweet odor come from?“

As she looked around, she bent down and cut a twig from the plant she had stepped on, smelled it and then realized that it was this herb that was scattering the sweet fragrance. It is said that many times the Jews had uprooted it, but it was always growing stronger and more fragrant.

Suddenly her mind lit up, she called a worker and told him to dig in that place.

In a little while, what a miracle! The worker found there the Holy Cross where Christ had died.

That moment, this fragrant plant was named by Saint Helen vassilikos, which in Greek means royal, because it grew in the place where the Cross was buried, where the King of the world was crucified.