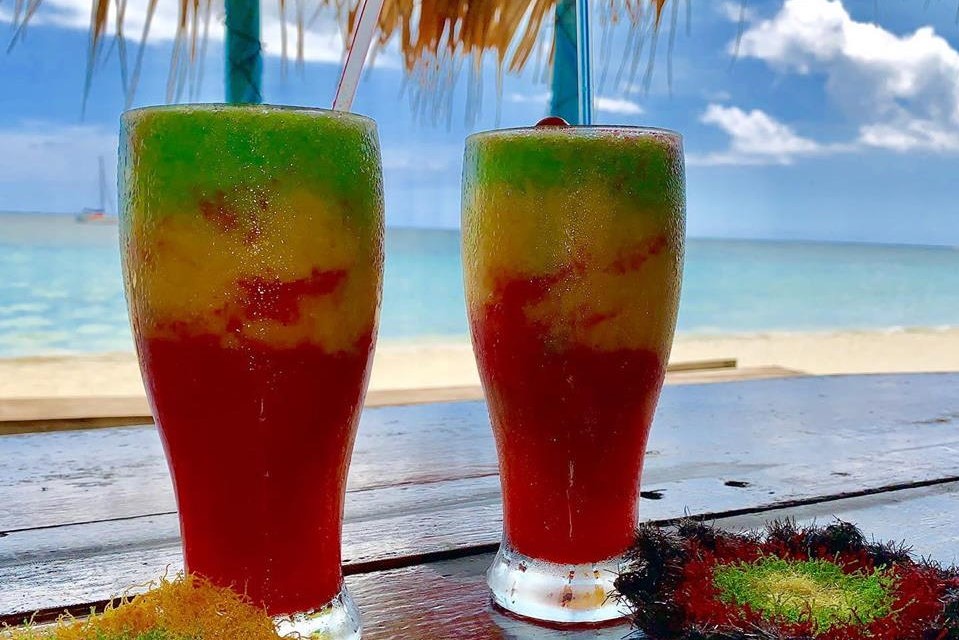 Reggae music is connected to summer. There is no respectable summer or beach bar on earth, where reggae music does not sound. I will not tire you with details about the roots and the history of reggae music, I ‘ll do it another time, as today we just continue our tribute to the summer music, presenting you a list with 12 reggae anthems, one from each band.

The list does not contain Bob Marley’s songs as we plan a special tribute to this great, GREAT artist.

So, prepare a refreshing cocktail, open the window and enjoy the music.

The Heptones are a popular Jamaican band. During their long career they have launched more than 20 albums. The “Book of Rules” is one of the most known songs, they have written. It comes from their early period where still many ska elements were present.

Steel Pulse are a British band from Birmingham, very famous in the UK and Europe for many decades. They were the first non-Jamaican band to win a Grammy Award for Best Reggae Album. They produce a magnificent, modern, polyphonic sound. “Soldiers” is a song I love, with a clear beat and a very interesting guitar solo.

Third world are one of the most successful reggae bands of all time. They have launched many summer hits, such as “Now that we’ ve found love” and “Try jah love”. Although Third World had a sound mixed with pop and disco elements, they have also written classic reggae anthems, such as “96 degrees in the shade”.

Let’s go back in time, to Jamaica’s capital, Kingston. There, during the 60’s, ska music was very popular and the Maytals, a famous local band. Some years later they added more reggae elements in their sound, changing also their name to Toots and the Maytals. “Funky Kingston” is an eternal diamond with its magnificent fusion soul ‘n reggae sound.

Is there anybody who has not ever danced with Dawn Penn’s “No, no, no”? “You don’t love me” (the other title of the same song) was a worldwide mega hit reaching the no.3 in UK and the no.1 in the US Dance chart. Q magazine placed the song at number 477 in their list of the “1001 Best Songs Ever”.

Peter Tosh is the second most important reggae musician. Winston Hubert McIntosh – that was his real name – was along with Bob Marley and Bunny Wailer the 3 main members of the Wailers, where he stayed till 1974. Then, Peter decided to follow a solo career, launching 7 albums, all of them cornerstones for the reggae music. I adore Peter Tosh and I remembered that I had cried, when I had learned about his murder by bandits. “I am that I am” is one of his numerous magnificent songs.

Max Romeo is a Jamaican singer and songwriter who lives in London. In 1968 he wrote a hit “Wet dream”, the first reggae song with sexual lyrics. During the next years Max Romeo (he is still active as an artist) issues more than 20 albums. He has also collaborated as a vocalist with monsters of music, such as the Rolling Stones. “Chase the devil” is one of his famous songs with religious, Christian lyrics, where Max Romeo wants to put an iron shirt, kill Satan and put him out of earth. Very interesting.

Aswad are a group from England, noted for adding strong soul influences to the reggae sound. They have a very successful career, with millions of sales. It is characteristic that they have reached twice the top of the UK charts initially with “Don’t turn around” and 6 years later with “Shine”, which we present you today. They have also participated at “Reggata Mondata” the tribute album to the Police, where they have covered “Roxanne”

Junior Murvin is a guitarist and songwriter, born in Kingston but grown up in London. He was the lead guitarist of Bob Marley and the Wailers after Bunny Wailer and Peter Tosh left the band in 1974. He has also collaborated with notorious artists, such as Tina Turner, Steve Winwood etc. “Police and Thieves” was written by Murvin in 1976 and a year later it was covered by the Clash in their monumental homonymous album. A reggae classic.

Black Uhuru are one of the most successful reggae bands of all time. They have a very long career, starting from 1972 and continuing till nowadays, they have launched 19 studio and …….. 17 live albums and they have won the Grammy award for their 1994 album Anthem. The opening track of the album was “What is life”, which we present you today.

What a song!!!!! I adore Gregory Isaacs “Night Nurse”. Isaacs had an enormous career in reggae music, having launched more than ……….. 500 albums during 40 years. In his life he had many health problems, provoked by his addiction to cocaine and crack. Nevertheless, Isaacs had a great charitable work and for this work and generally his contribution to the country’s music the Jamaican government posthumously awarded him with a medal.

The Bad boys of reggae. Inner Circle are a Jamaican band formed in 1968. They have had a great success, especially in the States, winning also a Grammy award for their album Bad to the Bone, which contained two mega hits Bad Boys and Sha la la li. Our suggestion is “Games people play” from their next album Reggae Dancer.