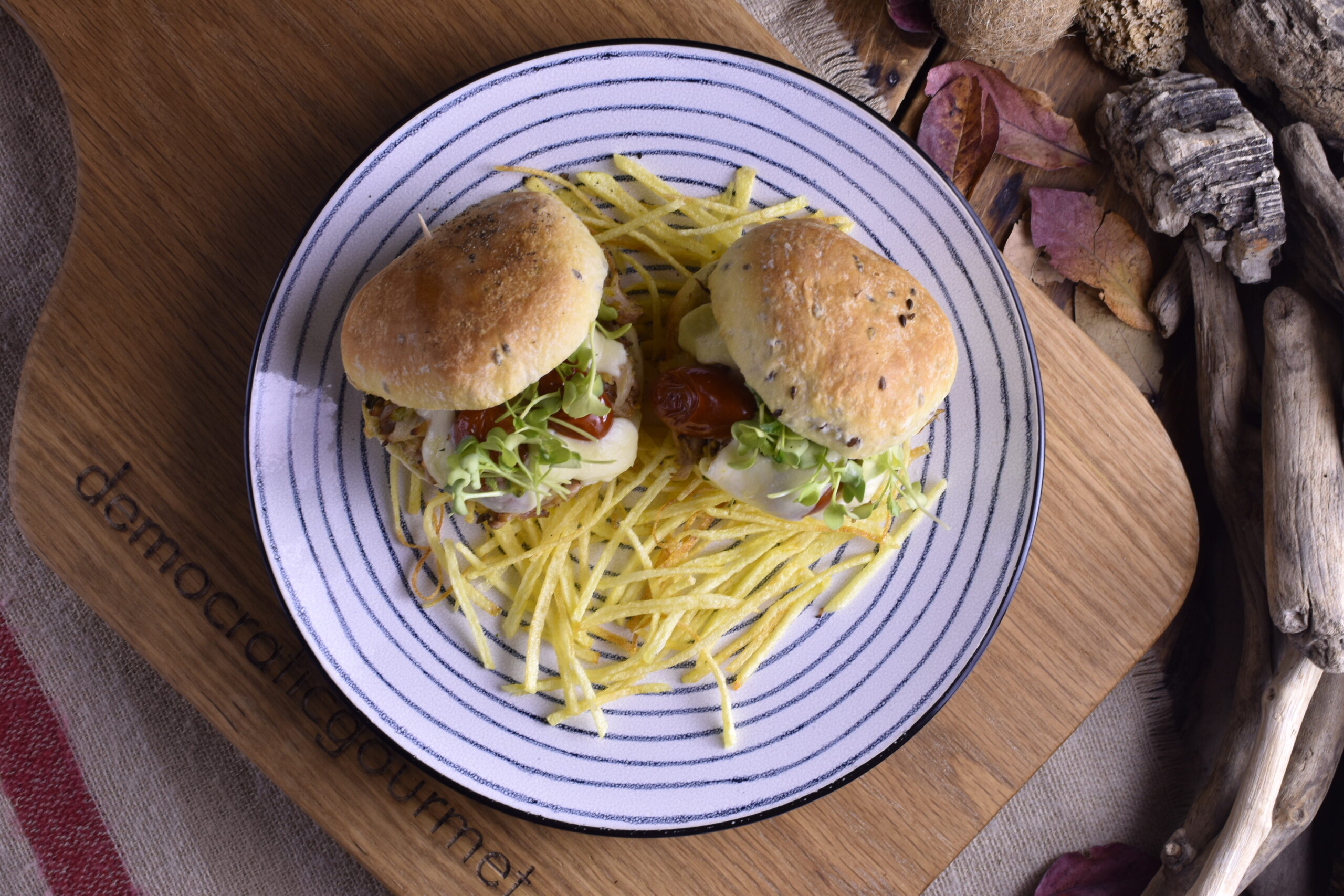 Very important preparation in modern cuisine. We taste it on an almost daily basis, as breakfast, snack, light lunch or dinner. Its dominance is global and its varieties uncountable.

Despite its frequency of consumption, however, the sandwich has received little attention from the culinary community, which still insists on contemning everyday food, sandwich included. Obviously, the high-minded “chefs” of the world haute cuisine consider the sandwich too popular and they think it is more important to deal with the salmon liver, the calf´s bollocks or the sea urchin eggs

What is a sandwich, really?
Is it the packaged garbage that is sold in the “bars” of the trains?
Is it the unhealthy disgust with frozen bread and vulgar quality cold cuts offered in world fast foods?
Is it the miserable toast made in cinema canteens, where the cheese remains frozen and the bread turns black?

Or could it be something else?
Let’s see what our beloved wikipedia says about it: “Sandwich is a food that typically consists of vegetables, cheese or meat, which is placed between slices of bread or in general any dish where bread is used as a wrapper for food of another type”.
My Larousse defines the sandwich more or less in the same way: “Slices of bread, buttered or not, with a slice of cheese, ham etc.”
Only these are sandwiches; And why, when you order sandwich in Thessaloniki, you get souvlaki? Is the hamburger a sandwich or not? The piadina? …………………….

(excerpt from the lemma Sandwich of the DG book)