The Doors 7: The Soft Parade 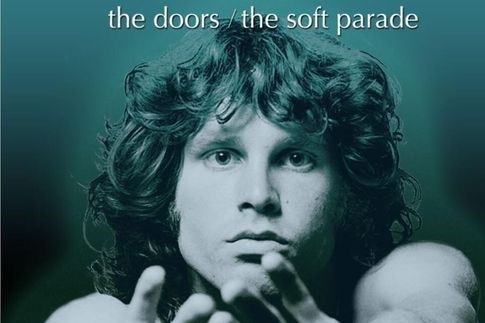 After the great success of Waiting for the Sun, the band started a gigantic tour in the States. All the concerts were sold out, as the American audience wanted to live the Doors experience. On March 1st of the year 1969 the Doors had to give a concert at Miami. The promoter had removed the seats of the “Dinner Key Auditorium” in order to raise the capacity of the hall from 7.000 to 12.000 people.

The concert started more than an hour after the scheduled time, because Morrison – completely drunk and stoned – arrived late. As the band began their second song, Morrison started shouting in protest and removed the hat of an onstage police officer. Two days later the local Sheriff’s office issued a warrant for Morrison’s arrest, claiming Morrison shouted obscenities to the crowd and was drunk at the time of his performance. Morrison was convicted and sentenced to six months in jail and was ordered to pay a $500 fine, but he remained free, while an appeal of his conviction was pending. He died before the matter was legally resolved.

Meanwhile, the Doors continued preparing their next album, which finally was released in July of the same year. The Soft Parade peaked at number six on the Billboard 200, staying there for 28 weeks. The majority of critics considered it the less interesting album of the Californian band, claiming that it was “too pop” and not as underground as the previous albums. It was the only Doors’ LP which contained brass and string arrangement, something usual for the era, but strange to Doors’ sound. Generally, the album was mostly based on Robbie Krieger’ s music, as at the same time Morrison was concentrated to his poetry.

I ADORE the Soft Parade, considering it along with the first eponymous album, the absolutely best of the Doors.

“The Soft Parade” contained just 9 tracks. Let´s have a look at the most important of them.

We start with the intro track “Tell all the people”, the third single of the album. It is composed by Robbie Krieger and contains horns and saxophone arrangements. Morrison disagreed with Krieger’s lyrics, thinking that the lyrics encourage the audience to use guns. As he said during an interview  “In the beginning, I wrote most of the songs, the words and music. On each successive album, Robby contributed more songs. Until finally on this album it’s almost split between us.”

According to www.lyricinterpretations.com Robbie Krieger (who is Jew) wrote this song inspired by Moses and the Exodus of the Jews out of Egypt but this is not still confirmed. In any case “Tell all the people” is a great intro track, magnificently sung by Morrison (who reminds me Frank Sinatra at this song) and perfectly arranged by a large team of musicians. One of them was the Beatles´ guitarist George Harrison.

“Touch me” is the most known track of the album and one of the band´s best ones. It was already released as a single in December 1968 and had reached No 3 on the Billboard Hot 100.

“Touch Me”, a song that belongs to the pantheon of great saxophone songs, incorporates influences from traditional pop and jazz music. Some other critics described it as a “solid gold soul classic” or suggested the track blends pop with psychedelic rock, a combination which was unique at the time.

Watching the video you will first understand how Manzarek with his left hand played the bass lines during the live performances with his Fender Rhodes piano-bass. You will also see the 4 violin and the 11 brass musicians, among them Curtis Amy, who offers us an historic saxophone solo.

“Wild child” is a typical blues song. It was firstly released as the B-side of “Touch me”. It has relatively strange lyrics and a reference to Artur Rimbaud, the famous surrealist French poet and a great influencer of Morrison. Although it was never released as a single, The Doors used to perform it during their concerts, as it was very popular.

The author of the homonymous book Linda Ashcroft insists that Wild child was written for her. The book is a richly detailed and passionate account of what life was like with the legendary Doors singer.

A documentary on Morrison and the Doors was released with the same title in 2019.

“Running Blue” was the fourth single of the album and it is the only Doors song on which Krieger had a lead vocal, while Morrison was still alive. It was inspired by the recent death of the great Otis Reading. Morrison sang the introduction to the song, which referenced Redding’s death and was based on a song to which Morrison inserted Redding’s name:

“Runnin’ Blue” received varied comments. Billboard described it as a “solid rocker with a clever arrangement from start to finish,” and also as one of the best songs of the album while AllMusic dismissed it as a “strange blend” and regarded it as one of the weakest songs on Soft Parade.

We reach the last and also best track if the album, the “Soft Parade” one of Doors´ top 10 songs. The song is a progressive rock sample and it is based on various Morrison lyrics. A part of the track was later covered by the jazz rock band Sweet Smoke.

We read on Progarchives: “The Soft Parade in particular is a true gem starting with recitative and spoken poem, then glides into a quasi-baroque interlude with hapsichord sound and then, unespectedly, into a quasi-jazzy central theme that, again, changes to become a strong bluesy atmosphere where Jim Morrison can really say “everything must be this way…”

There is only one video of the song, this below, in which Morrison is totally stoned and he performs awfully. So, although I publish it for historic reasons, I suggest that you listen to the studio version, where Jimmy gives one of his greatest performances.