The Doors 6: Waiting for the sun 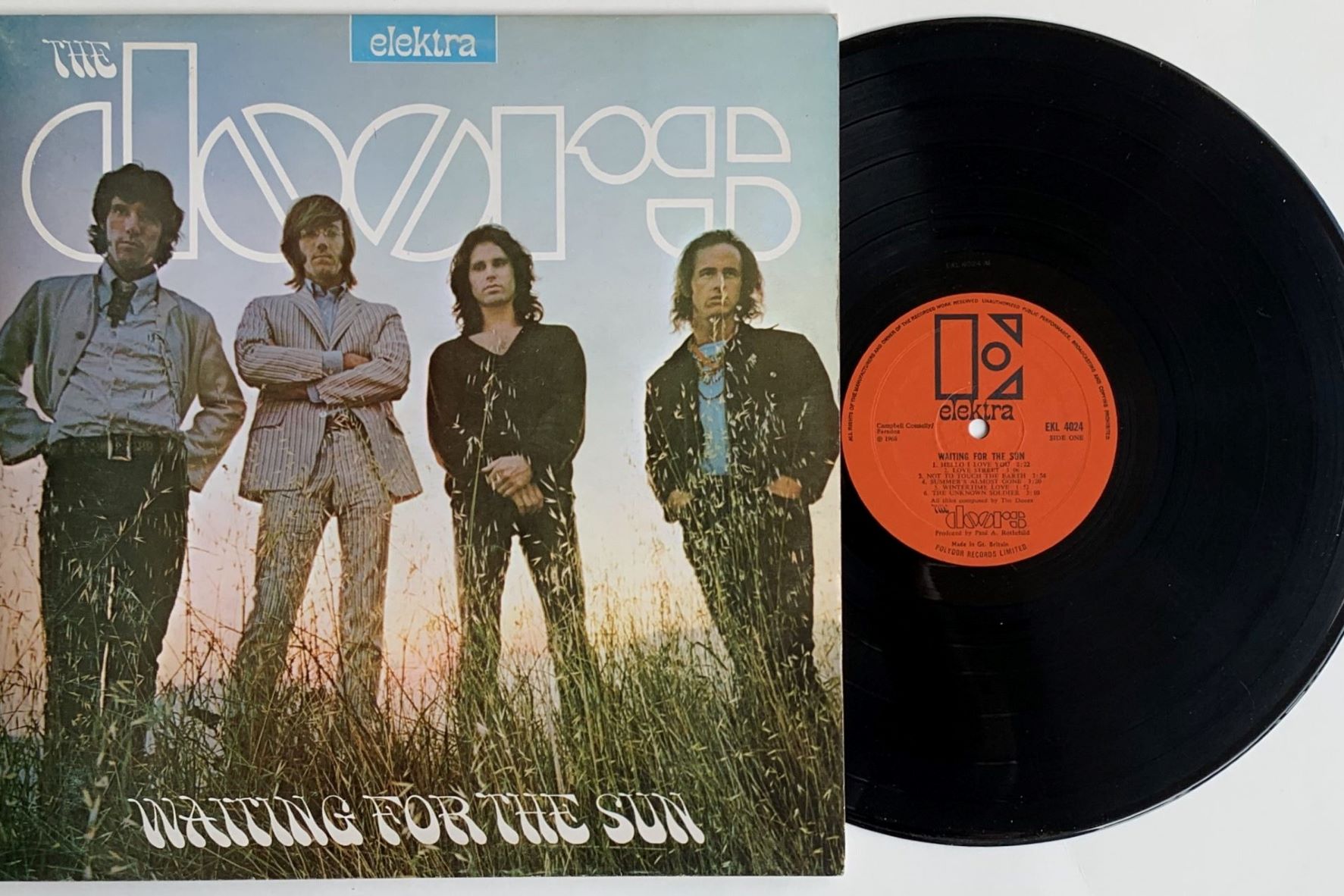 It was September 9, 1967 when the Doors were on a concert at New Heaven, Connecticut. Morrison, who has already consumed a lot of alcohol and other drugs, provoked a cop, so about 2 hours later Morrison was taken to a local police station, photographed and booked on charges of inciting a riot, indecency and public obscenity. All charges were dropped several weeks later for lack of evidence.

Some months later the band began to record their third album with the title “Waiting for the sun”, in my opinion the less interesting Doors’ LP. John Densmore, the Doors´ drummer said that they had the “third album syndrome”, meaning the difficulty of a band to have a stock of very good compositions, capable of filling a third disc in a row. Richie Unterberg of AllMusic wrote that “The Doors’ 1967 albums had raised expectations so high that their third effort was greeted as a major disappointment. With a few exceptions, the material was much mellower and while this yielded some fine melodic ballad rock … there was no denying that the songwriting was not as impressive as it had been on the first two records.”

After the launching of the album  the group flew to Great Britain for their first performance outside North America. They held a press conference in London and played shows at the roundhouse. They also played dates in Europe, including a show in Amsterdam where Morrison collapsed on stage after a drug binge.

“Waiting for the Sun contained 11 tracks. Let´s have a look at the most important of them.

The intro track of the album is “Hello I love you”, one of the last remaining songs from Morrison’s 1965 batch of tunes. Ιt had been demoed by the group for Aura Records in 1965 before guitarist Robby Krieger had joined the group.

“Hello I love you” was one of the 3 Doors’ songs which topped the Billboard charts, even if many band’s fans (like me) consider that the tune does not represent the Doors sound, due to its commercial nature and shallow lyrics. By the way the lyrics were inspired by a young black girl who Jim Morrison saw at Venice Beach: “Do you hope to pluck this dusky jewel”

“Love Street” is one of the best tracks of the album. The song features a departure from the Doors usual style, including acoustic sounds and marking a conventional ballad mien. Incorporating elements from classical music, it is described by critics as having a baroque aesthetic. Lyrically, “Love Street” deals with lead singer Jim Morrison’s personal relationship with companion, Pamela Courson. What a lucky girl!!!

The song is noted for Morrison’s spoken narration, which occurs in the middle of the composition:

I see you live on Love Street
There’s this store where the creatures meet
I wonder what they do in there?
Summer Sunday and a year
I guess I like it fine, so far

Rolling Stone critic Narendra Kusnur considered it one of Morrison’s 10 most underrated songs, particularly praising his vocal performance, meanwhile Densmore described Manzarek’s solo during the verse as “not flashy”, but he expressed that it “gets me off every time because the phrasing is so strong, precise, and simultaneously relaxed.”

“The Unknown Soldier” is the first single from the album, released in March of 1968 and accompanied by a 16mm publicity film for the song featuring the band. The song peaked at number 39 on the Billboard Hot 100 and remained upon the list for eight weeks.

The song’s promotional film received enthusiastic comments. When playing the track in live concerts, the Doors usually approached a cinematic performance, with Jim Morrison getting shot by Robby Krieger onstage (at 2.34 min), representing the death of the soldier that it’s mentioned in the lyrics.

“The Unknown Soldier” has been perceived as Morrison’s reaction to the Vietnam War and the way that conflict was portrayed in American media at the time. According to author Richie Weidman, Morrison was inspired to write the lyrics after visiting the Tomb of the Unknown Soldier, at the Arlington National Cemetery, on November 25, 1967.

In my opinion “Spanish Caravan” is the best track of the album. It is one of the most baroque and particular pieces of the band, composed in one of the most creative moments of its members. Actually it consists of a basic flamenco track, popularly known as “Granadinas”. The song is led by the acoustic guitar virtuosity of Robby Krieger. The opening riff was taken from “Asturias”, a classical piece of music by Spanish composer Isaac Albéniz.

The letter was composed entirely by Jim Morrison, and it is characterized by its symbolism and allegory. Although its author never referred to it, it can be interpreted as a romantic theme about the search for beautiful and rich lands. In Spanish Caravan the subject mentions that he travels in a caravan to Portugal and Andalusia in Spain, where “a treasure is waiting”.

The theme was one of the high points in the band’s concerts, sometimes included in the Celebration of the Lizard series, famous for the accompanying theatrical experiments.

Unlike some of the Doors’ tracks, “Five to One” was created in the studio. Featuring a rhythm and blues rhyme, the track has been considered as an origin of the heavy metal genre. Critic Matthew Greenwald of AllMusic described “Five to One” musically as “a menacing, proto-heavy metal guitar and organ riff. On top of that, Densmore’s relentless, almost march-rhythm drums take the song through various sections with a convincing power.”

The song’s most famous performance was at the 1969 Miami concert. Towards the end of the performance, a drunken Morrison declared the audience “idiots” and “slaves”. The concert would end with Morrison being accused of “attempting to incite a riot” among the concert goers, resulting in his arrest, and later conviction, for indecent exposure.