Barcelona diaries 5 – back to school 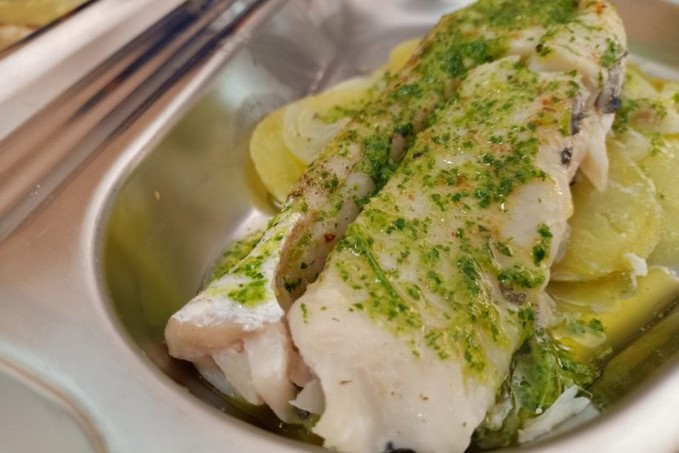 Despite going from cooking for 60 people at the restaurant where I worked, to a staggering 600 meals at the school, I wasn’t scared at all with this job. I came from a hellish kitchen where I had seen everything.

At first, the job seemed easy enough, I had just to follow the Head Chef’s instructions and, little by little, along with a kitchen porter, to become accustomed to the job as fast as I could. I had about a month available to learn it all. Just a month before the Chef would take a long period of paternity leave.

During the first days, I tried to adapt to the demands of the job I was initially hired for, which was Second-Chef. However, I was soon warned, about my speed, as I wanted to do everything as fast as possible, having an unfriendly attitude and being in mood for no time-wasting. I was in danger of rubbing up people the wrong way. I was advised that the school was not a restaurant and that there was plenty of time to cook the meals, so there was no need to be in rush, as if it would be the end of the world. And it was true that with good planning, the kitchen was easy to manage.

At first it bothered me a lot, that many, many people came in and out of the kitchen as if it was their home. And not only the monitors; teachers, cleaners, administrators, technicians and students who asked me for breakfast because they had forgotten their snacks at home. That really made me feel like I was in a home kitchen, only my mom, my aunt and my granny were absent!!

The Chef told me that this was something normal, that the kitchen was the epicenter of the school and he was proud of it. Frankly, in all the places I had worked before, if someone from outside the kitchen dared put a fucking foot inside, he was a dead man. I have seen kitchens with a line painted on the floor that warned of immediate danger in case of crossing it. I swear that at the restaurant where I worked for about eight years, I had never once seen the owner inside the kitchen.

I warned the Catholic patron of the school, that when I would become the Head Chef, this would be definitely over. And, thank God, I did it!

The day arrived and the Head Chef left. They brought me a young lad as a second chef, a boy, who, just like me, came from the hell that is Barcelona’s restaurants. So, all three, he, the kitchen porter and myself, we started a new and very intense stage of leading that huge kitchen.

We started the new era, the era of TERROR…