A walk at the Philopappou Hill 1 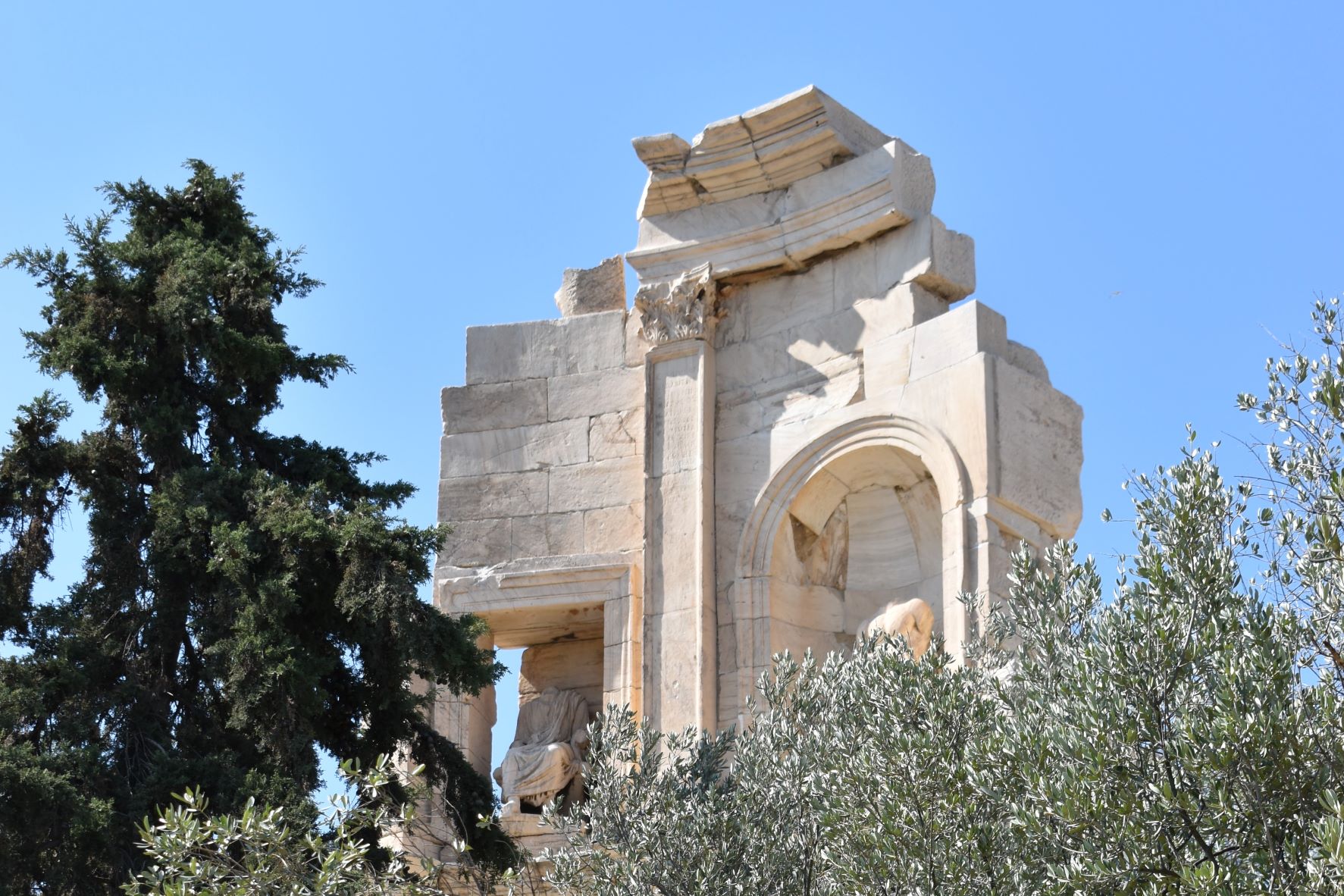 Summer has settled for good here in Athens and we are seeking for green spaces in the city to relax and take a pleasant walk. Fortunately, the Greek Capital offers several options – unlike what one may believe – many of which are also of great historical and cultural interest.

We have already walked with you at the Athens National Garden. Today, we are visiting the Philopappou Hill.

Located just opposite to the Acropolis, to its southwest, the Philopappou Hill covers an area of 173 acres.

The prevalent position of the Hill, directly across the Acropolis, served in the age of myth, as a stronghold for the Athenians against the Amazons. In ancient times it was used as a strategically significant fortification in important military operations.

To reach Philopappou one can follow many routes, which are just as beautiful. The most famous is the one that starts from Stisikleous Street of Thissio (at the northwest part of the hill), where there is also a free parking space. Apart from that, it can be reached with the Athens Metro, stepping out in the stations either of Thissio or Acropolis.

We chose to park at Tsami Karatasou Street, which is at the opposite site of the hill and to wander for a while at the alleys of the old Athenian neighborhood of Koukaki to admire the characteristic neoclassical houses that have survived to this day and take some snapshots for you (coming soon).

As soon as we begin to climb the hill, we are immerged in its beautiful natural landscape, full of olive and pine trees, as well as a large variety of plant species, surrounding the rocky top, that is revealed before us after a while.

This natural flora is a home to indigenous birds, including the Athenian owl and the peregrine falcon, as well as an important stop-over for many migratory birds, amounting to a total of about 94 different species.

The hill also houses a community of turtles, as well as bats (well we didn’t’ see any of them). But also, the hill offers magnificent views all around. We stop for a while to contemplate the Saronic Golf, lying to the background of the west part of the Capital and to take some pictures.

As we move on, we soon can see to our left the Dora Stratou Dance Theatre.

The beautiful garden theatre was built in 1963 especially for the homonymous dance group. It has 860 seats and a permanent stage designed by the famous Greek painter and stage designer Spyros Vassiliou.

Dora Stratou – the founder of the “Greek Dances- Dora Stratou Society” and the most significant contributor to Greek Folk Dancing – chose this place to make the spectators think that the dancers are performing in a big village square and to give them the feeling that they are participating in a village festival.

During summertime, daily performances dedicated to traditional Greek dances take place here. It is worth watching a performance – in fact it is a unique experience. Village-made costumes, with jewelry and other works of folk art are worn on stage by the dancers , who dance being accompanied by musicians and folk singers. One feels like being in a living museum of Greek Dance.

After a while, we leave the dirt paths and we enter the main part of the Hill with its characteristic stoned pathways, designed between the years 1954 and 1957 by the notorious modernist architect Dimitris Pikionis and constructed in collaboration with his students and local stonemasons.

If fact, the whole Hill, as well as the surroundings of Acropolis were remodeled during that period by Pikionis, who envisioned in this work of his to marry tradition with modern architecture.

Pikionis improvised based on the morphology of the space, without resorting to drawings on paper. Endemic plants of Attica were planted, while the pathways were paved with stones, which were rescued from buildings in the area, both popular and neoclassical.

The result was a net of pathways that unites the sacred rock of the Acropolis with the Philopappou Hill, matching harmoniously to the natural landscape of the area. Each pathway leads the vision to the important sites.

In 1996 the Ministry of Culture declared the works of Pikionis at the Acropolis and the Philopappou Hill a monument of contemporary architecture. They are also listed by UNESCO as a protected monument of cultural heritage.

Today the whole net of pathways is known as the walk of Pikionis.