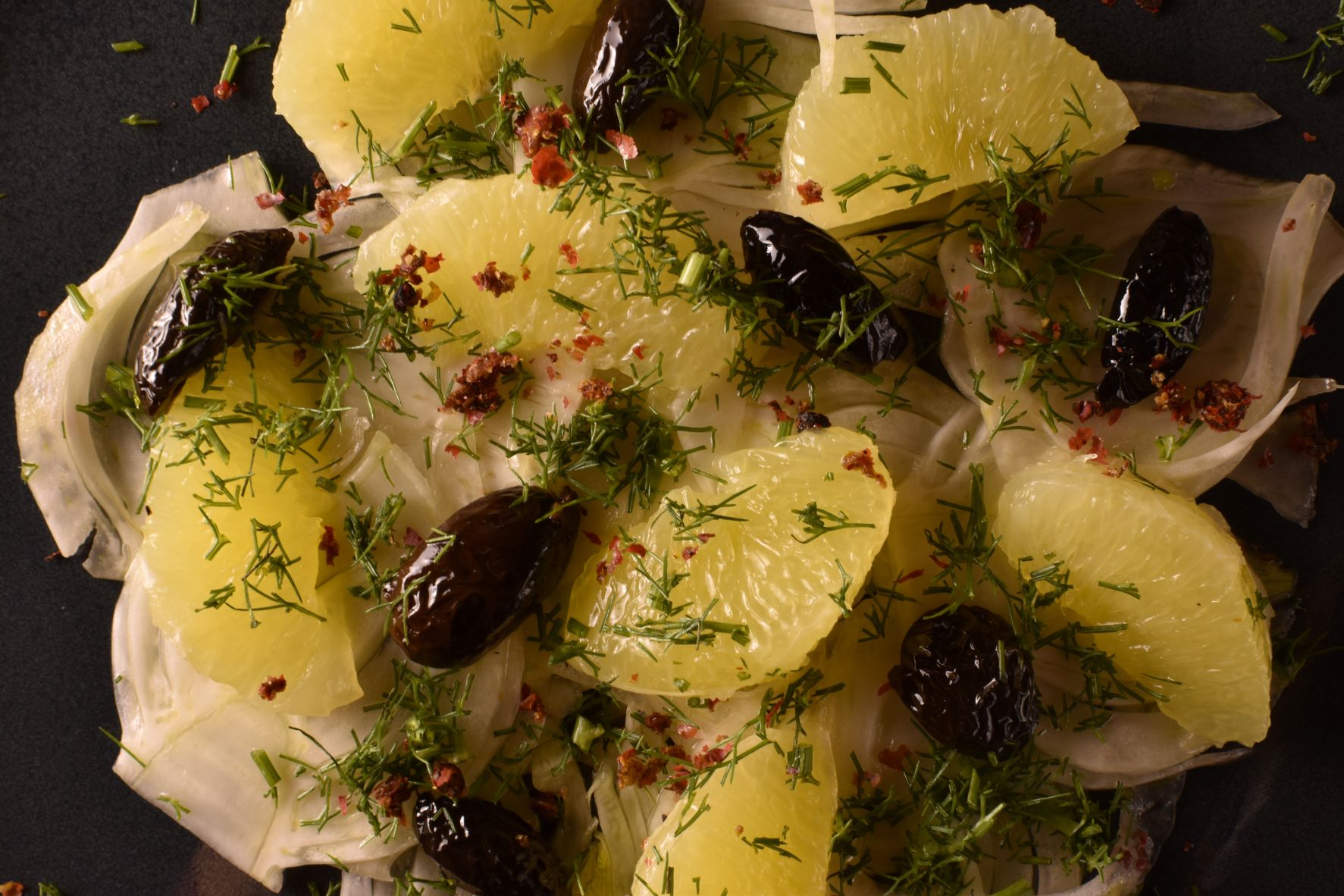 A fragrant appetizer of the Jewish-Corfiot cuisine

ingredients for 4 servings (cost about 2 € pp)

At Corfu old town there is a small neighborhood called “Ovriaki”, whish means the Jewish Quarter in the Corfiot local dialect. The Jews who arrived in the island during the 12th century, settled there. Unfortunately, only 200 of Corfu’s Jews survived the Nazi brutality, during the second world war. 1.800 were deported to Auschwitz and most of them were murdered.

I have already told you that I love the Jewish cuisine. Actually, I consider it one of the best in the world. Today’s dish can be also made with oranges. I preferred the grapefruit, though, because of its bitter scent.

So, first of all we have to remove the peels of the grapefruits, as well as also the transparent skins of the segments.

We then trim and cut the fennels into very thin slices with the help of a mandolin. Caution: The fennel roots are very hard, so they must be cut in very thin slices, otherwise they will be unpleasant when eaten.

We pit the olives, we discard the pits and we put the olives in water, in order to remove their acidity. We then cut them lengthwise.

We prepare a vinaigrette with oil, grapefruit juice, honey and salt. We immerge the fennel slices in the vinaigrette and we let them soak for 15 mins.

We mix the fennel with the olives, we add grapefruit pieces on top, we sprinkle rose pepper and fennel leaves and we serve.