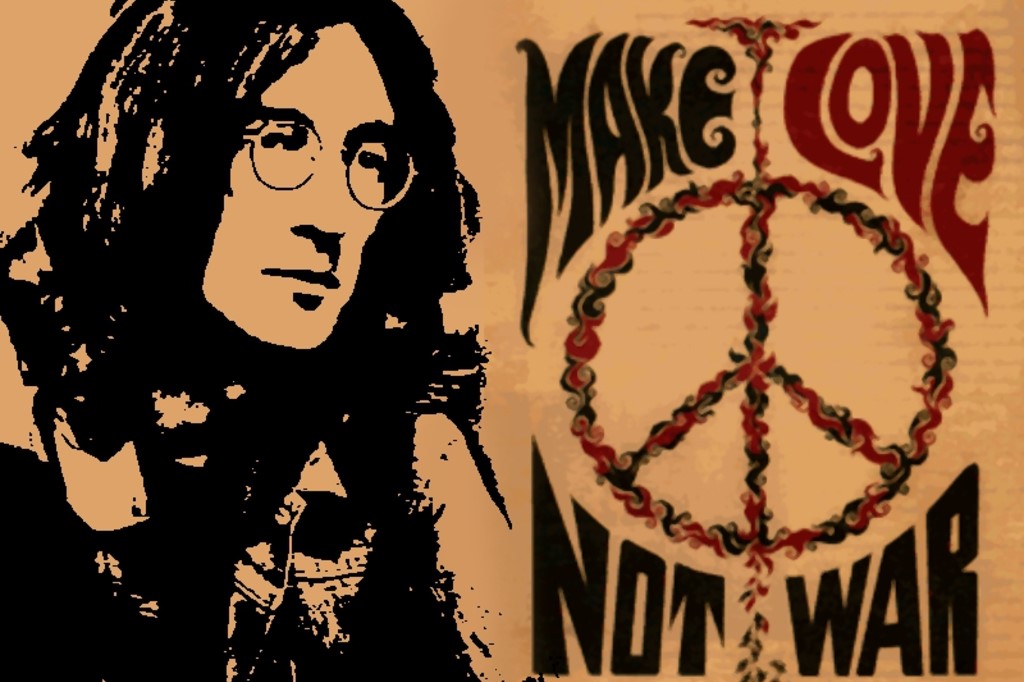 The war was always an enemy of humanity. Αgony, sadness, desperation are the main feelings of people involved in wars. Refugees loose their homes, children loose their parents and the whole society looses its dignity.

Peace is a popular demand. And if it is not, it must be. The war in Ukraine must finish, as soon as possible.

Rock music is a social music. Pain, hunger, freedom, discriminations, equality are some of rock songs’ most common topics. Famous rock stars, such as Roger Waters, Bono, Bruce Springsteen are found at the first line of social movements fighting for the human rights. Their weapon? ART!

There are hundreds of great anti-war songs. I decided to present you a top-20 of them plus 1, in two parts. Searching for a wider representation, I excluded from my list great songs such as Lennon´s Imagine, SOAD´s “Soldier Side”, Bob Marley´s “Buffalo Soldier” and many Pink Floyd songs, as these artists already had another song in the list. I also rejected Door´s “Unknown Soldier”, as our tribute to the great American band, runs at the same time. Finally, I have not included Creedence Clearwater Revival´s “Fortunate Son”, because I have already written a relative post about it.

The songs of the list are presented in alphabetical order, as it was impossible for me to classify them. All of them are masterpieces.

“21 Guns” is a song by the famous American band Green Day. It was released on July 14th, 2009 and it reached no 22 on the Billboard Hot 100 chart. In 2010, it was nominated for a Grammy award for Best Rock Performance by a Group, as well as for Best Rock Song.

The song is an anti-war ballad, which addresses the topic of patriotism. Its compositor said about it: “”It brings up 21st Century Breakdown in a lot of ways, and the 21 gun salute (a military honour) for someone that’s fallen, but done in an arena rock ‘n’ roll sort of way”

The first world war was one of the most cruel, inhuman wars in history. 20 million deaths and 20 million wounded people. An entire generation of young men was wiped away. In 1919, the year after the war was over in France, there were 15 women for every man between the ages of 18 and 30.

The Christmas Truce of 1914, was an unofficial ceasefire, that brought a relief to the soldiers. So, during Christmas day French, British and German soldiers crossed trenches to exchange seasonal greetings. What an emotional moment! The British band The Farm released a song to celebrate this unique human moment. “All together now”, an hymn to peace and friendship reached no 4 on UK Singles chart.

What can I say about the next song? What can I say about the next artist? Bob Dylan is a living legend, one of the most famous Americans ever. His contribution to culture is enormous. Dylan, apart from a great composer and singer, is a Nobel prize winner in literature “for having created new poetic expressions within the great American song tradition”. 1962´s “Blowing in the wind“ is a protest song, which poses rhetorical questions about peace, war, and freedom.

Not only is he the Boss, but one of the most famous human rights activists in the States. “Born in the USA“ is an album-milestone in music history. It contained 7 top-10 singles and it remained at the first place of album charts for 7 weeks.

The homonymous song addresses the economic hardships of Vietnam veterans upon their return home, juxtaposed ironically against patriotic glorification of the nation’s fighting forces.

What a guitarist! What a band! Dire Straits’ “Brothers in Arms“ is one of the most successful albums ever. 9 weeks at the no 1 on the Billboard 100, 7 weeks at the first place of the UK charts, the first album which became 10 times platinum in UK, Grammy award winner in 1986, what else?

The homonymous song was written in 1982, the year of Britain’s involvement in the Falklands war. In 2007, the 25th anniversary of the war, Mark Knopfler (guitarist and singer of the band) recorded a new version of the song to raise funds for British veterans who are still suffering from the effects of that war, as he said.

I love System of a Down. I have all of their LPs, I consider their “Live in Yerevan” one of the best live albums ever heard. “B.Y.O.B.” (“Bring Your Own Bombs“) is a pun on “Bring your own bottle”, a reminding that guests should bring their own bottle of alcohol.

Second track of the magnificent “Mesmerize” album, right after another anti-war anthem “Soldier side”. Both songs were written in protest against the Iraq war.

B.Y.O.B., a marvellous song with punk verse and disco chorus, has won the Grammy award in 2006.

The chorus “Why do they always send the poor” is a cry against class discrimination, so common in modern societies.

I remember that, when I was a child, I heard this song everywhere I went. “Enola Gay“ (for those who don´t know it, this is the name of the bomber that dropped the atomic bomb on Hiroshima) was a great hit of the 80’s and the first song of the British synth pop band O.M.D. that reached the top-10 of local charts.

It is also a strange song which does not contain a chorus. Lyrics, such as “It shouldn’t ever have to end this way” or “Is mother proud of Little Boy today?” provoked massive enthusiasm to critics, which characterized Enola Gay one of the best 10 singles of the 80´s.

“Games without frontiers“ is a song by the British musician and singer Peter Gabriel.  It was released on 1980 and took part of his self-titled album. The song’s lyrics are interpreted as a commentary on war and international diplomacy, being like children’s games. Although Gabriel’s record company rejected the LP, telling him that he was committing “commercial suicide”, the song reached no 4 of the UK charts and, along with “Sledgehammer”, are Gabriel’s most successful singles.

The next song is the 13th best of all time, according to the Rolling Stone Magazine!!! I first listened to it by Sisters of Mercy on a magnificent cover which was very popular during the years of my youth.

Rolling Stone’s “Gimme Shelter“ is an exemplary song. A moving intro, a monumental guitar riff and an also amazing solo by Richards, along with one of the most famous choruses of the modern music. And also Mick Jagger at his prime.

Jagger said about it: “The Vietnam War. Violence on the screens, pillage and burning. Vietnam was not war as we knew it. It was a real nasty war. People objected, and people didn’t want to fight it. It’s apocalypse; the whole record’s like that”

If 100 people asked about the most famous anti-war song, more than 90 would answer “Give Peace a chance“. This is only one of 3 Lennon’s very famous anti-war songs, along with “Imagine” and “The war is over”. It is recorded with the participation of a small group of Lennon’s friends in a hotel room in Montreal. The song quickly became the anthem of the anti Vietnam-war and was sung by half a million demonstrators in Washington on Vietnam Moratorium day on 15 November 1969. It is still sung by anti-war protesters all over the world.

“All we are saying is give peace a chance”