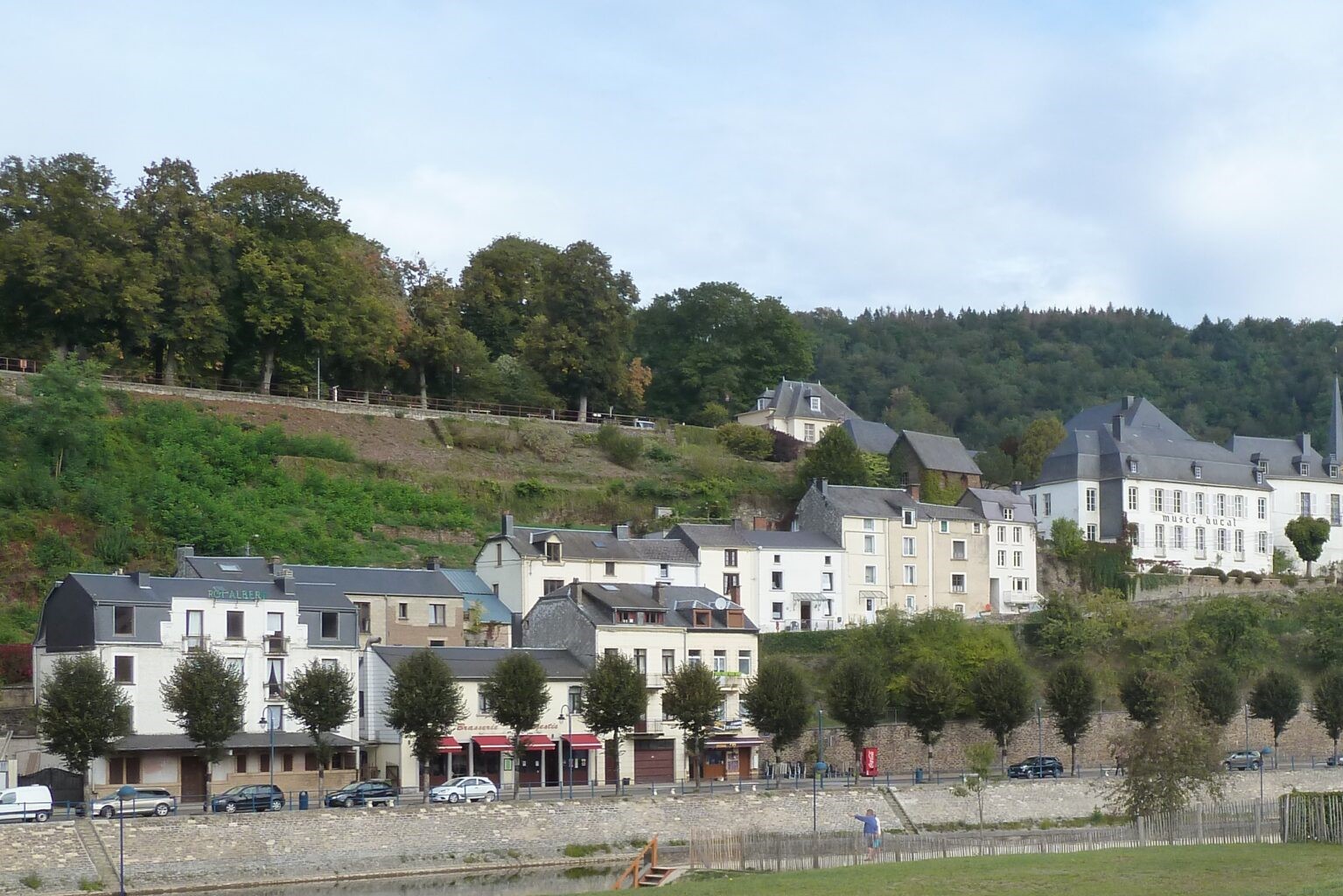 Good morning. How did you sleep?

I know the breakfast at Hotel Eden is not good, but you have the opportunity to take a(nother) walk around the lake. Normally it must be foggy, but don’t worry, this is not necessarily bad.

Today we will explore the west part of the Luxembourg province. So, we take the N 845 and after passing Bertrix and Paliseul, we arrive at Vresse sur Semois, where we will have the first stop for the day.

Vresse sur Semois is one of the most beautiful villages ever seen. You don’t believe me?

Situated on the borders of Semois river it is one of the main tourist attractions of Wallonie, because of the picturesque bridges as Le Pont Saint Lambert, the perfectly preserved historic centre of the village and the magnificent natural places close to the river banks.

Walk on the village’s streets, rent an electric bicycle or even better a kayak at the Camping L’ Ami Pierre and cross the beautiful Semois valley, if you wanna see places like this:

Logically, you must be exhausted after this sporty break but the area is magnificent. Catch your car and drive towards Bouillon, the next stop of today’ s tour.

Bouillon (wow, what a culinary name, bouillon in French means …… stock) is another tourist attraction of the area, because of its famous château, which dominates the city.

The tower, built in the 10th century is considered one of the most important in Belgium, so if you like armours, witches, crusaders or …….. Goth music don´t forget to have a visit. We hadn´t visited the tower, as that day the cold was unsupportable, we just snapped some photos and left towards Florenville.

Florenville is a magnificent and cosmopolitan small town very close to the borders with France. It has a beautiful centre which offers many leisure possibilities. But first of all you have to arrange a hotel for tonight.

I suggest you the hotel La Roseraie which is built on the riverside of Semois, just 2,5 km far from the centre. The hotel is not cheap (we paid about 80 Euros in 2020 – we passed the next two nights at camping), but has an excellent price per quality ratio, as its rooms are very well equipped and its amenities more luxurious than you can imagine.

If it is cold outside you can sit at the all wooden bar of the hotel, read a book and enjoy the beers of the area. If it is not too cold you can take a deck chair and relax on the beautiful garden of the hotel watching the local fishermen.

And when you get hungry, catch your car and go to the central square of the town (Place Albert Premier), where you can eat a descent dish in a very beautiful restaurant, Le relais des Oliviers.

One general suggestion. It comes to you cheaper if, when you eat at Belgian restos, order a beer instead of …… water. So, if you drink alcohol, you better extinguish your thirst with a local lager.

That’ s all for today.