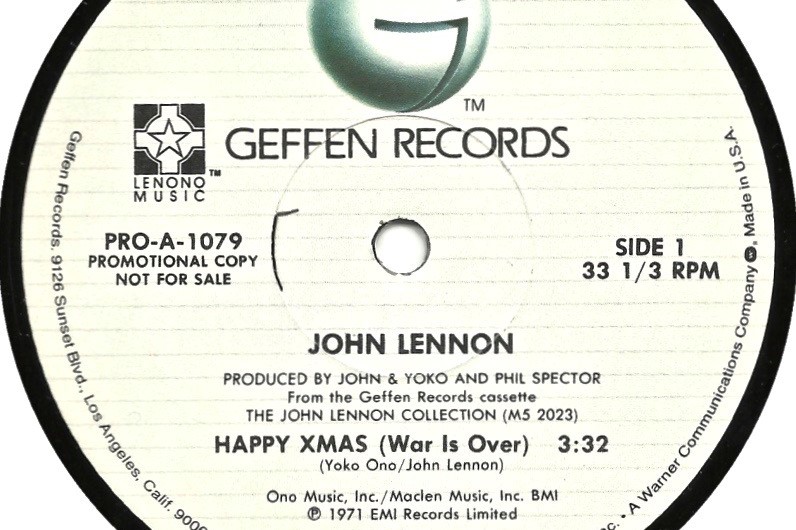 Apart from the popular Christmas hymns, the carols, many artists have written and performed songs about Christmas and the holidays, some of which are already classic. Actually, a whole playlist with Christmas songs could be done, starting from the gramophone era until nowadays. Let´s see briefly the most important of them.

In 1942 Bing Crosby released “White Christmas”, best selling single of all time according to the Guinness book of records. Two years later the beautiful Judy Garland sang “Have yourself a merry little Christmas”, a song that Frank Sinatra also performed later with modified lyrics. The same Sinatra released in 1948 “Let It Snow! Let It Snow! Let It Snow!” not exactly a Christmas song, which, nevertheless, became a classic the following years.

The King couldn´t be absent from this monster parade, let´s have a taste of his fantastic “Blue Christmas” in a duo with Martina McBride.

Brenda Lee was only 13 years old when she sang the also classic “Rocking Around the Christmas Tree” in 1958, meanwhile, 8 years later Dean Martin released a whole LP with Christmas songs, among which the notorious “Winter Wonderland”.

Do you know which is the most successful bilingual Christmas song? No?? José Feliciano´s “Feliz Navidad”, with lyrics in English and Spanish is still today a song that is vastly played during the Christmas holidays.

In 1977 one of the greatest singers of all time, David Bowie, collaborated with Bing Crosby for a special version of the classic “Little drummer boy”.

Wham´s “Last Christmas” may seem a little bit silly, but it is one of the most successful Christmas songs of our era. I have the same opinion on Mariah Carey´s “All I Want for Christmas Is You”, a song which topped the US Billboard in 2019, 25 years after its first release. But enough with the flash back, let´s come to our point.

I am among those who insist that the Beatles, objectively the greatest band ever, wouldn´t have that unique success without John Lennon. Lennon was more than a band´s member, more than a musician, more than a lyricist, he was a blessed person. A generational talent.

Some may consider John too strange, too peculiar, too odd. I just bow to his greatness, the words “As soon as you’re born, they make you feel small – By giving you no time, instead of it all” can be found in my DNA. As the lyrics of Happy Christmas, in my opinion the best song ever written on Christmas.

John did not follow the same way with the previous artists, he didn´t want to write another happy Christmas song, he didn´t want to reach the top, he had done it many times after all. John with his lyrics said exactly what Jesus himself would say. That life is not only snow, family atmosphere, gifts, fireplace and turkey, but that it has also a harsh side. Not to forget that Jesus was a rebel, he was crucified fighting for love, peace, justice, equality, humanity.

Lennon with his marvelous song practically set Jesus words to music, I would say that he arranged the Gospels. He spoke about age equality (the old and the young), power equality (for weak and for strong), economical equality (for the rich and the poor ones), racial equality (for black and for whites) and, above all, for peace (Let´s stop all the fight, the war is over now).

With these words, all members of Democratic Gourmet team, Katerina, Vangelis and Nuri wish you a Merry Christmas and a happy, healthy, peaceful and human 2022.