A walk at the National Garden 1 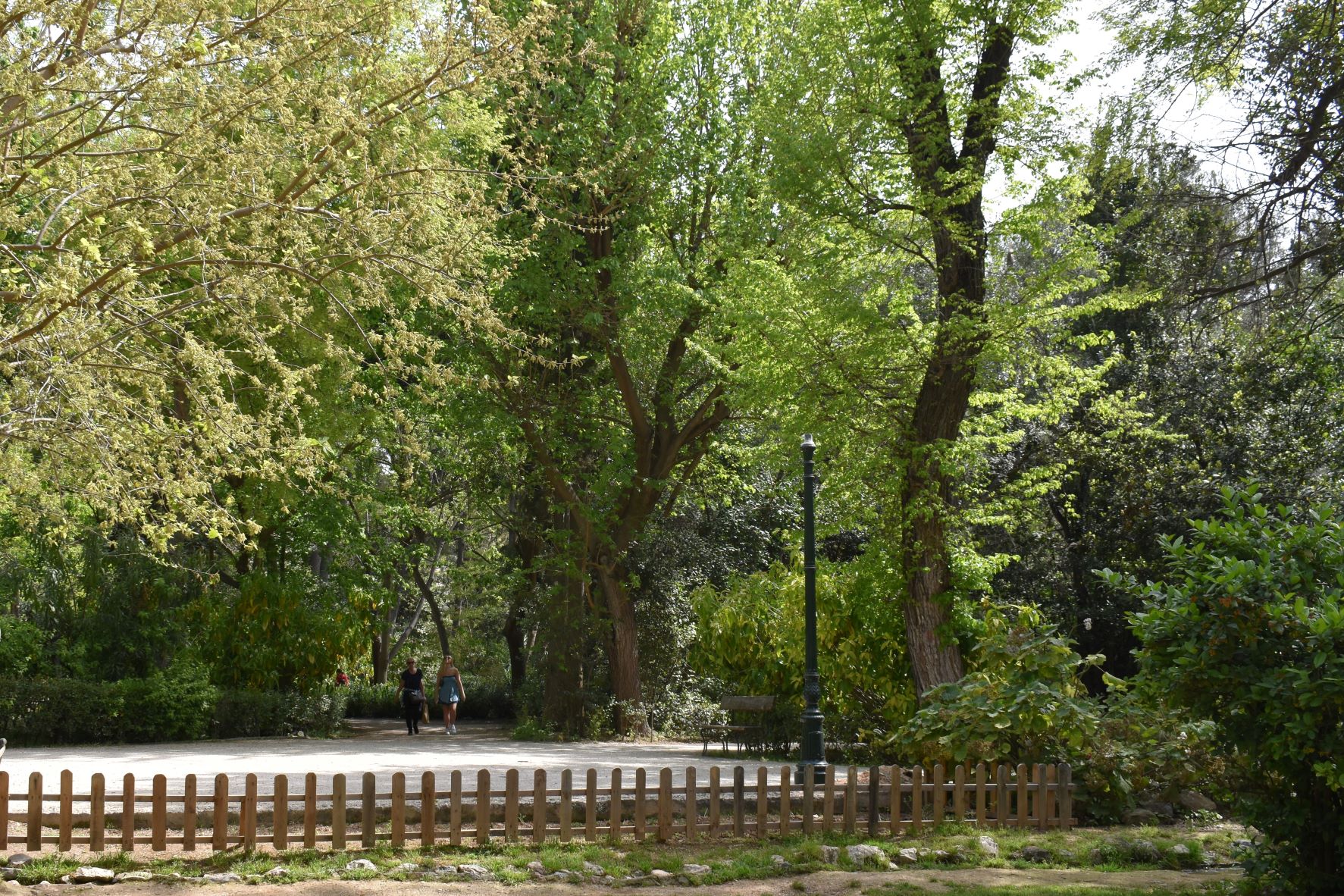 “It remains in my memory like no other park I have known. It is the quintessence of a park, the thing one feels sometimes in looking at a canvas or dreaming of a place one would like to be in and never finds”.

Henry Miller about the National Garden (1939)

A few meters away from the Syntagma Metro Station, behind the Tomb of the Unknown Soldier and right next to the Parliament, lies the National Garden of Athens, the first organized decorative green space in Modern Greece and the central garden of the capital.

Covering an area of about 154,000 square meters, full of plants, flowers and trees, it was originally the private garden of the King outside the old Palace, the building that houses today the Greek Parliament.

In the same place, during the ancient era the Liceum sacred forest used to be, dedicated to the god Apollo.

Before it was renamed to National (Ethnikos) and becoming open to the public (in 1923), the garden was called Royal or Amalia’s garden, King Otto’s wife.

Queen Amalia, actually, was the one who envisioned and commissioned its construction in 1838 and to which this green jewel owes its rare existence. The interest of Queen Amalia in the Garden was such, that she is said to have been spending at least three hours a day taking care of it personally, while the King often laughed at her, saying that she had turned into a gardener.

The gardening work was organized and supervised by the French gardener François-Louis Barreau, “the creator of this garden“. It is said that Barreau, who was considered an authority in the arrangement of baroque gardens and parks, had been also assigned afterwards the design of the gardens of the Dolma-Bahche Palace in Constantinople.

Today the National Garden, is open to the public from sunrise to sunset.

The main entrance is found at Amalias Avenue, but one can also enter the garden from one of three other gates: one, on Vasilissis Sophias Avenue, another on Herodou Attikou Street and a third, that connects the garden with the Zappeion park area, located to the south.

As you enter the garden from the main entrance, you encounter in front of you the 12 dominating giant Washingtonia palm trees, some of which are said to have been planted by the Queen herself.

A sight that attracts not only the international visitors of the Garden, but also the Athenians themselves, is the famous sundial located in the middle of a yellow – orange flowerbed of calendulas, just before the giant Washingtonias.

It is a sloping metal indicator attached to a marble base, on which the clocks are engraved. The shadow of the pointer, depending on the position of the sun, also shows the relative time. It is quite an adventure to guess the exact time, without looking at one’s watch or mobile phone.

As you move on towards the inner part of the garden, you literally find your self within an exotic paradise. About 15,000 ornamental plants, are said to have been transferred from Milan, in the beginning of the construction of the garden. The fertilizers were brought from Genova.

Plants were then transported from European and North African countries. Many native plants from different parts of Greece were also planted.

Whole palm trees were transported from the Greek islands, often very tall, which were taken out by a warship to Piraeus and then carried by squadrons of sailors on foot to the garden.

Unfortunately for many of the plants, the dry Mediterranean climate proved too harsh and they did not survive. Others, were acclimatized and survive to this day, becoming actually “plant monuments”.

A typical example is the Horizontal and Orthoclastic Cypress, which is said to have been planted by the gardener Barreau himself.

In front of the Cypress tree, one can see ancient columns and other ruins with ancient inscriptions.

Ancient ruins, column tambours and Corinthian capitals, mosaics and other features, are actually encountered in various spots of the garden, found during its construction and left there to be publicly admired.