A walk at Nafplio old town 2 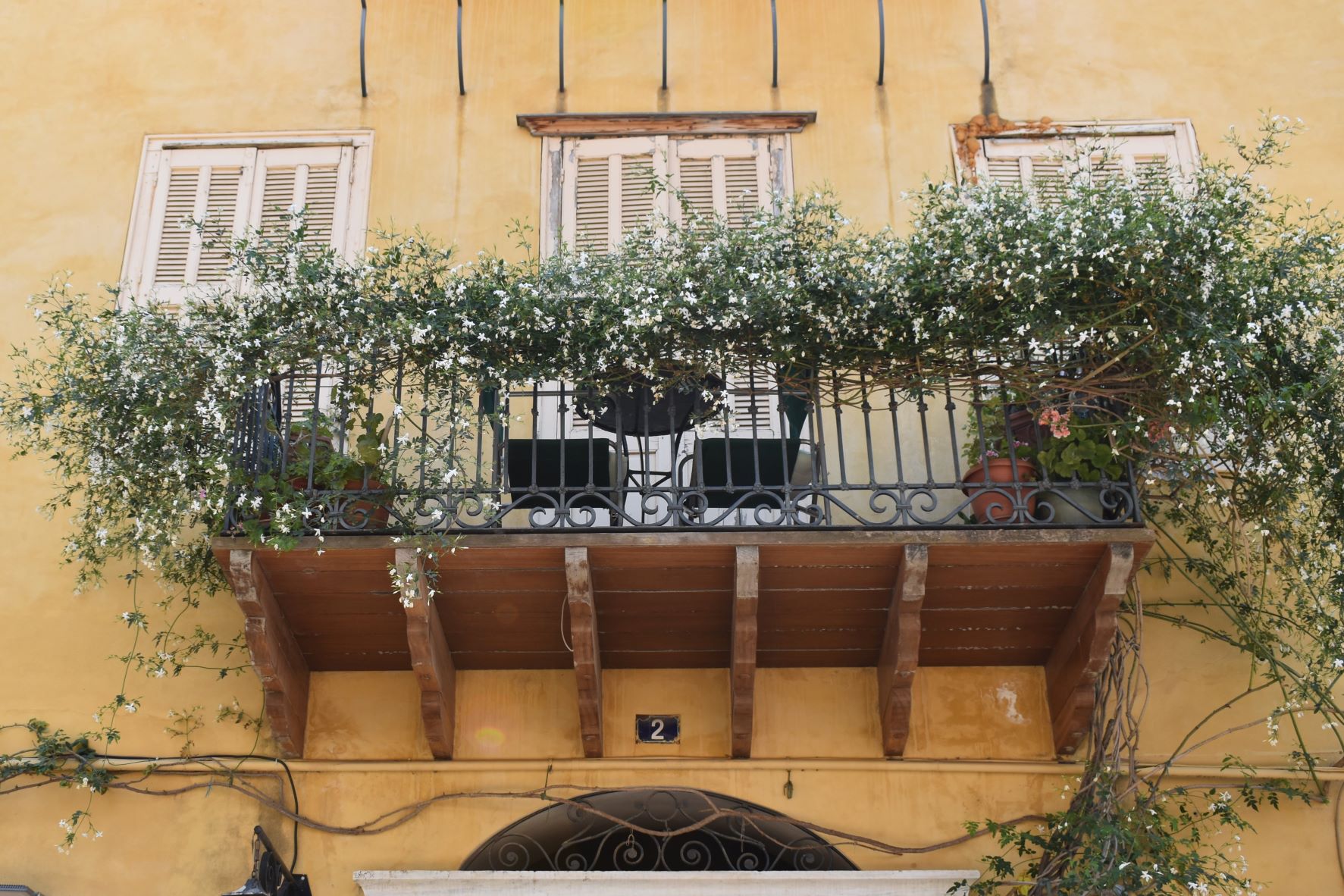 Syntagma Square is the very heart of the city. It acquired its current dimensions with designs by Vallianos and Voulgaris in 1832, year when Vassileos Konstantinou Street was also formed. In the 70’s it took its current form, that of an enclosed square, surrounded by perimetrical streets that lead to it, a form very close to the medieval standards.

The square is surrounded by important monuments, such as the building of the mosque or tekke of Aga Pasha, which later housed the Parliament (Vouleutikon) of the First Hellenic Republic (1825 – 1828) . In the background the bastions of Akronafplia, as well as the old clocktower, can be seen.

The clock was placed in Acronafplia in the time of Otto. It was brought from Bavaria, donated by Louis XVI, father of Otto. Unfortunately, on May 3, 1944, it was blown up. The clock struck again on September 14, 1949 at 5 p.m. The tourist committee of the city took care of its reconstruction, using the mechanism of the clock, which had been saved and kept at the town hall of Nafplio.

The Trianon mosque, which is located at the left entrance of the square, at the end of Vassileos Konstantinou street, is the second mosque of the city. It used to be a mutual school for boys, while for a certain period of time it had functioned as a cinema. Today, it houses the Municipal Theater.

At the square there is also the building of the National Bank, an example of Mycenaean architecture, with the characteristic Mycenean columns at the building’s entrance (seen to the right at the following photo).

At the same square we can see the Archaeological Museum, housed in the building of the Venetian fleet warehouse, which was also used as barracks. The museum has exhibits of the Neolithic, Chalcolithic, Helladic and Mycenaean periods, as well as Classical, Hellenistic and Roman periods. One of its most impressive exhibits is the Tree armor, a detailed description of which can be found in Homer’s Iliad (verses 260 to 271).

Next to the Archaeological Museum, the Viggas building is found. It was built in 1878 on a plot that belonged to the son of Theodoros Kolokotronis. This neoclassical building housed on its ground floor the printing house of the newspaper “Argolis”, published by the Vigga brothers, while before the Occupation the Officers’ Club was located.

Moving to west of the square we arrive at the church of Panagia, dedicated to the genesis of the Virgin. The church acquired its current form, which is that of three-aisled basilica, during the years of the second Venetian rule. The wood-carved iconostasis and the archbishopric throne are of Ionian style. The bell tower was added later, in 1907.

Oposite to the church we can see the King Othon Hotel, housed in a building of typical neoclassical architectural style.

If you fill hot, taste a delicious italian ice cream at the Antica Gelateria di Roma, which is right next to the Church. Our favorite taste is that of chocolate with peperoncino.

Turn left and take the Farmakopoulon street to reach the Staikopoulou street.

The Staikopoulou street is full of nice souvenir and gift shops. Jewelry, clothing, olive oil cosmetic products, crafted olive wood, etc. Among them you will also find several shops manufacturing and selling hand made ancient Greek style leather sandals, such as the Socrates Sandals and the Sandalworkshop. If you like this kind of fashion, try them.

If you walk a little further, you will find an interesting and particular museum – the Komboloi Museum.

The komboloi (rosary or worry beads) is an object of accessory, inextricably linked to Greek culture, tradition and history. It consists of a string of beads from various materials, such as bone, amber, coral, silver, glass, wood, etc., pierced in the center and passed from a chain, leather or other kind of string, whose ends are joined with a knot. The beads are manipulated with one or two hands, being slowly moved one after the other with the help of the fingers, or rotated all around the fingers. Komboloi is used in Greek culture for play, relaxation, enjoyment and to pass the time. It is also often used by people trying to reduce smoking, as it helps reduce nervousness.

Τhe museum was founded in April 1998 and it is the only komboloi Museum in the world. The founders Aris Evangelinos and Rallou Gromitsaris, have collected throughout the years rosaries from all over the world, made from all kinds of materials, so they acquired a unique collection dating from 1550 to 1950.

At the same street, you will also find plenty of graphic cafes and taverns. So, if by now you are hungry, pick one of them and try some of the local specialties. Gogges are a kind of pasta made in the Peloponnese, especially the provinces of Argolis and Laconia, that resemble seashells and are similar to cavatelli or orecchiette, as made in Apulia, only thicker. We may also try striftades, another kind of handmade pasta. If you like lamb meat, try giosa, or bogana.

One important advice. Avoid all restaurants on the promenade and near the port. None of them is worth. If you don’t like none of the restaurants in the inner part of the town, or if you prefer to eat fresh fish, then, after you finish your walk at Nafplio, catch your car and take the coastal road that begins from the parking, going north towards Nea Kios. After less than 5 kilometers you will find the fish tavern “Roulis”. Order ouzo on the rocks and taste fresh fish and seafood from the Argolic Gulf.

Above the Staikopoulou Street, at the foot of northwestern Akronafplia the so-called Psaromachalas (the fishermen’s district) extends, one of the oldest and the most picturesque surviving districts of the old city of Nafplio.

Hopefully, during the redesign of the city after the Greek Revolution, Psaromachalas remained as it was, so today we can admire it at its genuine form.

Going up the characteristic street stairs, one can see houses of different eras and get a feeling of how people used to live there. It is like an open air museum.

In today’s Psaromachalas square, there was a very important hospital intended for the poor, the first to be established in Greece, bequeathed by the Florentine Duke of Athens. The hospital had a long operation, from 1394 until the end of the 1940s, when it was demolished. The only trace of this important hospital is the church of Agios Apostolos, which was built by the Venetians and was originally located inside the hospital.

Good heavens, it’s getting late. Nuri must already be hungry. Many things still to see at the enchanting Nafplio, but we have to return. We didn’t make it to visit the fortresses. Maybe another time.

Oh, one last think. I almost forgot. Before leaving, you ought to go to the liquor store of Karonis, located at Vasilissis Amalias street, between Syntagma and Three Admirals Square.

The owner, Dimitris Karonis, a descendant of a family of distillers who entered the market in 1882, is engaged in trade but also keeps an amazing cellar. He bottles a Nouveau wine from the local “Agioritiko” variety, a white “Aidonoftero” from Moschofilero and a monumental aged tsipouro, which used to be our favorite, back at the time when we consumed alcohol.

Today, in his shop Karonis shares his knowledge and experience about the Greek and foreign vineyard. A visit there is a pure mystagogy.