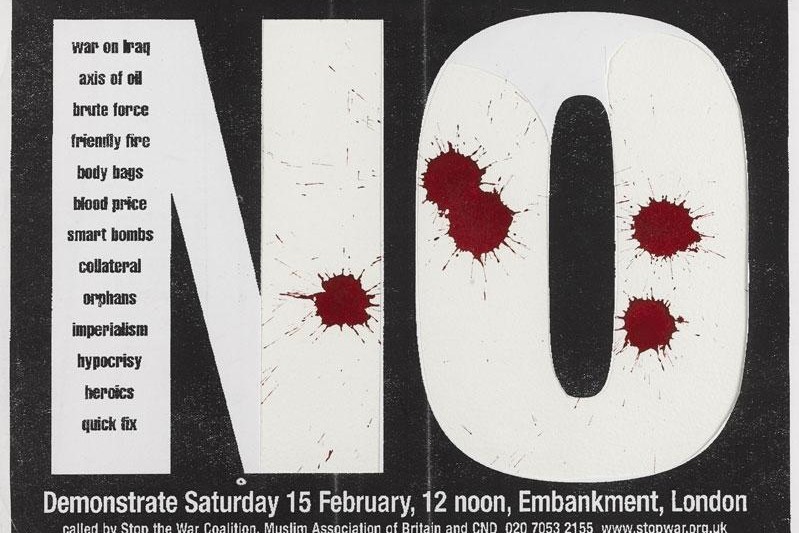 We continue our tribute to anti-war songs with the second and last part.

Manic Street Preachers is an alternative pop-rock band from Wales and one of my beloved ones. I´ll never forget a concert of them, about 15 years ago, at the Terra Vibe Festival, in a forest near Athens. Many of their songs have political lyrics and a leftish approach.

The Manics have a great 30 years career with no 1 LPs and singles during all this period. Their last big success was in 2021 with “The Ultra Vivid Lament”.

But their most famous song is “If You Tolerate This Your Children Will Be Next“, a song written about the Spanish Civil War. Actually, it’s the story of Welsh volunteers who fought the Franco´s fascists along with the Catalans and the International Brigades.

Pink Floyd´s the Wall is one of the greatest albums in history and, moreover, a political manifesto about peace, fascism, violence and war.

Roger Waters, Floyd´s bassist and main singer, is an artist who has dedicated his life to fighting for human rights and, especially, for the self-evident right of the Palestinians to live a dignified and peaceful life in their own country.

“In the flesh“ was the Wall´s opening and also closing track, the two versions had just different arrangements. The song introduces the story of Pink, a rock star whose father is killed in a war. At the song’s final part we hear a baby crying, indicating that Pink and his mother are left without a father and husband.

There is a peculiar story about “Killing in the name“, Rage against the machine´s most successful single. Although it was issued in 1992, it conquered the top of British charts 17 years later!!!

Tom Morello wrote the guitar riffs of the song, while teaching a student. He briefly paused the lesson to record the riff. The band worked on the song the next day.

Killing in the name (a song that the Rolling Stone magazine listed as the 24th greatest guitar song of all time) is a protest song railing against the military-industrial complex, justifying killing for the benefit of the chosen whites.

“Orange Crush“ was the first single of Green, R.E.M.´s sixth album.  Although it was not commercially released in the U.S., it reached number one on both the Mainstream and Modern Rock Tracks (where, at the time, it had the record for longest stay at number one with eight weeks, beating U2).

The song’s title refers to the chemical defoliant Agent Orange, manufactured by Monsanto Corporation for the U.S. Defence Department and used in the Vietnam war as a chemical weapon. Michael Stipe, R.E.M.´s singer, opened the song during the Green World Tour by singing the U.S. Army recruiting slogan “Be all you can be in the army “

“Out in the fields” is a song by Irish musicians Gary Moore and Phil Lynott, ex bandmates in the hard rock group Thin Lizzy. Both of them were excellent musicians, among the best ever on their instrument and both of them died very young due to alcohol and other abuses.

The song was written by Gary Moore and was released as a single in 1985, reaching no 5 on the UK single charts, making it the highest-charting single for both performers.

Out in the Fields is about “the Troubles”, an ethno-nationalist conflict in Northern Ireland that lasted about 30 years from the late 1960’s to 1998 and it is also known as the “irregular war”.

Blur´s “Out of time“ is a great song. It was the first single from the band´s seventh studio album “Think Tank”. Commercially the song, a co-work of the band and the “Groupe Regional du Marrakech”, which provided the orchestral arrangement, reached no 5 on the UK charts and it also had attaining success in other European countries.

Lyrically, the song deals with a civilisation that has lost touch “you’ve been so busy lately, that you haven’t had the time, to open up your mind and watch the world spinning, gently out of time”

The accompanying video is made up of footage from the 2002 BBC documentary Warship, which explored the lives of those serving on a warship and it is centred around a young female aircraft maintenance technician.

I can’t believe the news today
Oh, I can’t close my eyes and make it go away

How long, how long must we sing this song?
How long? How long?

It is one of U2’s most overtly political songs, its lyrics describe the horror felt by an observer of “the Troubles” in Northern Ireland, mainly focusing on the 1972 Bloody Sunday incident in Derry, where British troops shot and killed 14 unarmed civil rights protesters.

Although a promotional music video had not been produced for the original release, the band used footage from a 5 June 1983 live performance. The following video is made of scenes form the exciting film “In the name of the father”, in which the unique Daniel Day Lewis, the greatest actor ever, is starring.

Coldplay´s “Viva la vida” is a magnificent album named after a Spanish phrase that best translates into English as “Long live life“. It would later become the best selling album of 2008 worldwide and the best selling of the decade in the digital download format. Lyrically, the album contains references to love, life, death and war.

“Violet Hill” is the first single of the album, reaching no 8 on the UK singles charts. The song is the first anti-war protest song from the band and it borrows its rhythm from the Beatles. “Violet Hill” derives its title from a street of the same name near Abbey road.  According to music criticists the lyrics “I don’t want to be a soldier”, is a way that Chris Martin, the band´s singer and lyricist, can conjure John Lennon into the song’s melody.

“War“ and “No more trouble“ were two different anti-war songs, which Bob Marley used to perform as a medley during his concerts.

I consider War, the absolute hymn to humanity.

Lyrics such as “Until the philosophy which holds one race superior and another inferior, is finally and permanently discredited and abandoned, everywhere is war” and “That until that day, the dream of lasting peace, world citizenship, rule of international morality” are engraved in my soul and are part of my own beliefs and ideology.

War´s lyrics aren´t original. The whole song is based on a speech made by Ethiopian Emperor Haile Selassie before the United Nations General Assembly on 4 October 1963.

Last, but not least my favourite of all tribute songs.

I consider “Zombie“ one of the best ten songs ever written, I find it literally perfect, I would rate it with 100/100. The song is written by the band’s lead singer Dolores O´ Riordan in memory of Johnathan Ball, 3 years old and Tim Parry, 12, who were killed by the I.R.A. in the 1993 Warrington bombings, when two devices hidden in litter bins were detonated.

The lyrics and chords of “Zombie” were written initially on an acoustic guitar by O’Riordan alone late a night “I remember being in my flat, coming up with the chorus, which was catchy and anthemic”, O’Riordan was to recall.

It was released on 19 September 1994, as the first single from Cranberries second studio album “No need to argue”. Music critics have long recognized “Zombie” as “a masterpiece of alternative rock”.

The bonus track of this tribute is a Greek song, performed by the “national” rock star, Vasilis Papakonstantinou. The track is titled “Third world war“ and it was composed by Manos Loizos.

It is about the story of 3 young boys, Peter, John and Frank, who worked at a weapon industry, assembling tanks. A few years later Peter, John and Frank (o Petros, o Yohan ki o Frank) went to fight as soldiers to a war and they finally got killed by one of the tanks, they had assembled themselves.

The video is taken from a concert at Herodium, the main Ancient Theater of Athens.