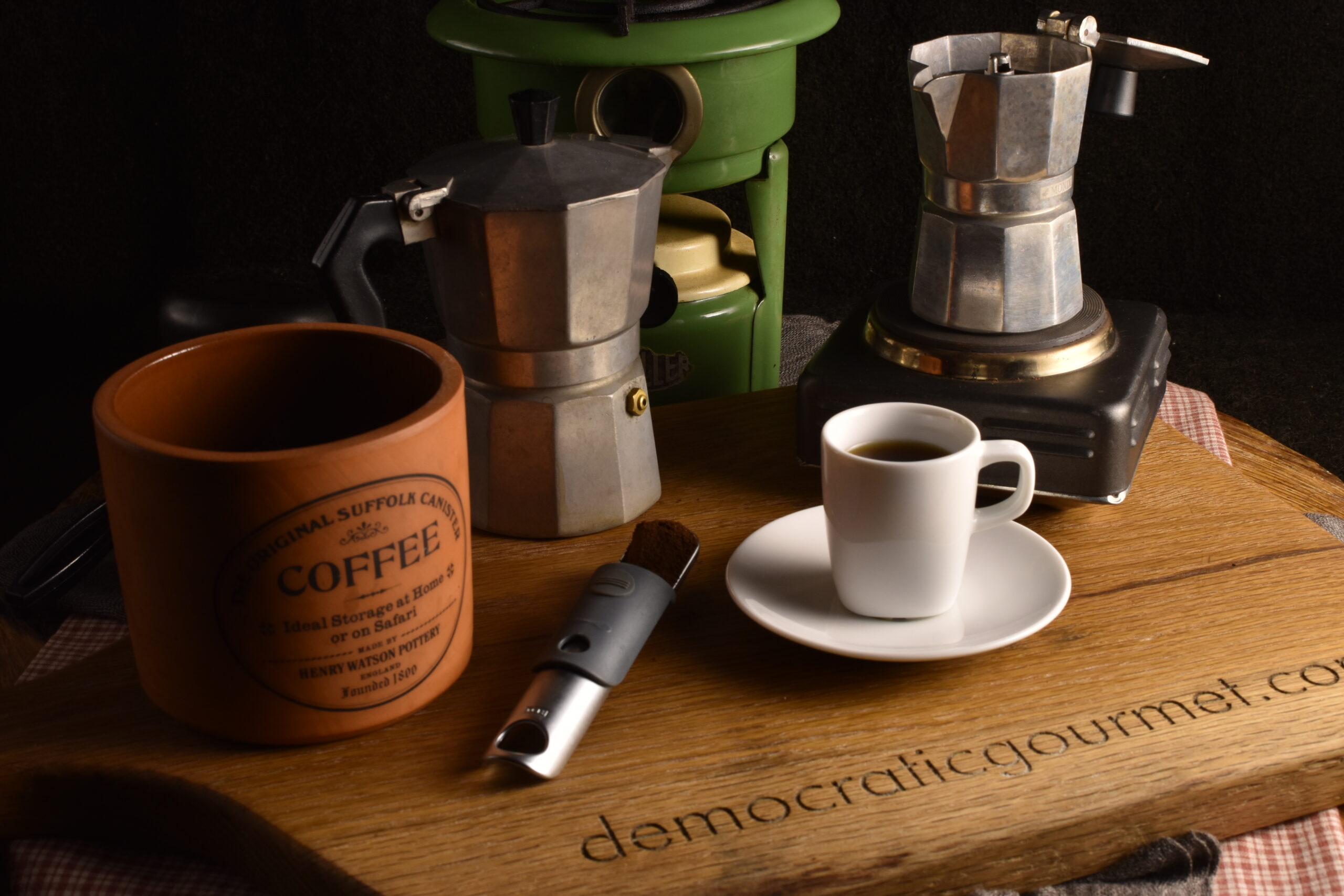 Coffee, apart from being a tonic drink, is also used in cooking as a means of balancing acidity, so adding 1-2 tablespoons of ready-made espresso (yes, it is done in modern cuisine), we can “cut” the sharp edges in some intense tomato sauces, which seem to us more acidic than they should be.

Coffee is also used instead of bitter chocolate in some cuttlefish, shrimp or rabbit sauces, but also in marinades for game or potential seafood.
The main substance, other than water, contained in a cup of coffee is caffeine. The intensity of caffeine is determined:

There is a misconception between consumers that espresso coffee is much heavier than French or American one, because of the density of espresso and its higher flavor intensity, which gives the impression that it is more caffeinated.
It is true that espresso bombards us with caffeine, but this happens in minimal amounts of water, in contrast to the “filter coffee” which is thinner, but at the same time quadrupled or even six times (or even more) in quantity than espresso.

Let me be more specific:
Filter coffee is made with 70 grams per liter of water of grinded beans, usually of the arabica variety (which contains caffeine equal to 1.5% by weight of the dry bean) and a contact time of coffee water of about 7 minutes, so that almost the whole of caffeine is removed (99 %) from the grain. So, the total amount of caffeine contained in a liter of filter coffee is about 1 and a few grams (70 grams of coffee X 1.5% = 1.05 grams). ……………………………….

(excerpt from the lemma Coffee of the DG book)