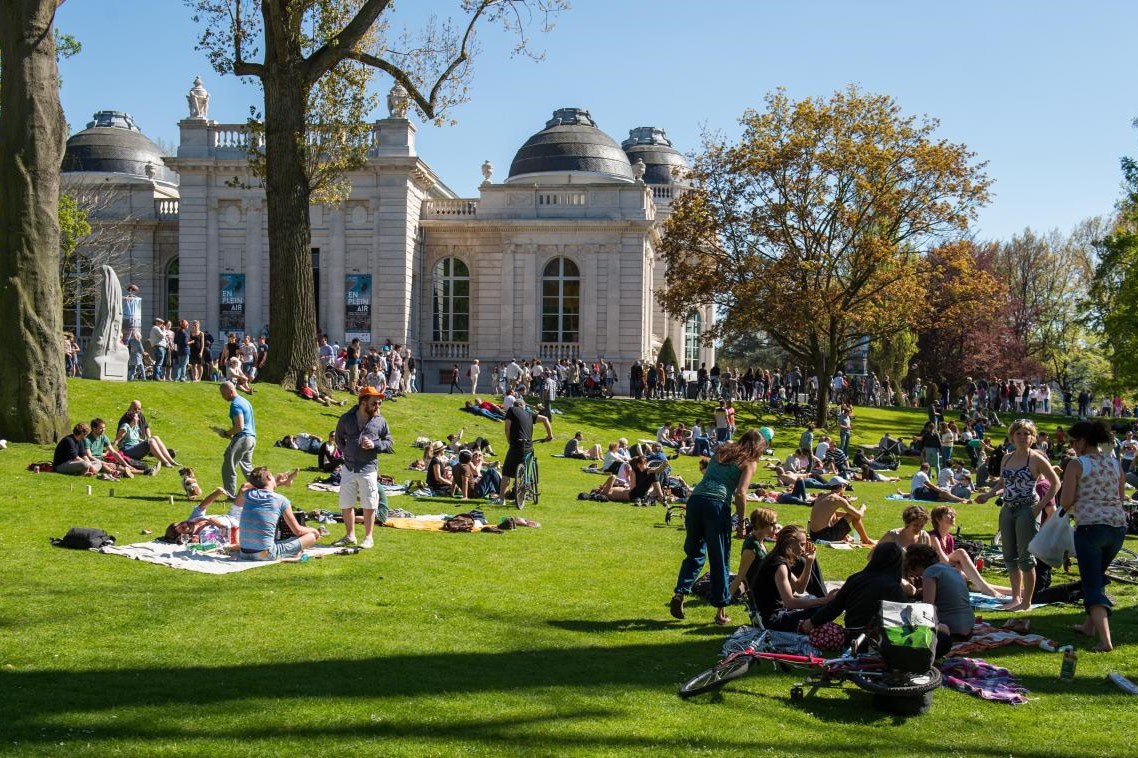 We continue today our trip in Wallonia visiting the eastern part of the “Namurois”, following the river Meuze, which makes a right turn to the Walloon capital. The itinerary is not so interesting as it is between Dinant and Namur, as this area has a more industrial character. The motorway N90, which we have to follow, passes by typical Belgian structures, parks and warehouses.

8 km after Namur, always on N90 and just after a Q8 gas station, we find a sign pointing towards Maizeret. We turn right, entering a green narrow road and after 1 minute or 2 of driving, we turn right to the Château du Moisnil, an historic building of the 14th century. Unfortunately, the building is not open to visitors, as it is inhabited by its owner, but the deviation from the M 90 is very short, the route magnificent and the photos you can snap at the exterior part very beautiful.

Back to the M 90 (no need to turn back, just follow the signs towards Samson). About 20 km away from Namur, we find Andenne, an industrial town which has no particular interest. We continue straight ahead and we arrive at Huy.

Huy is a magnificent fortified town and a tourist attraction, which lies along the river Meuse. Huy´s history is very rich so the town is full of old buildings which provoke the visitors’ interest. Among them, we distinguish The abbey of Alne, The Collegiate Church of Notre-Dame, The Fort van Huy, The Old Franciscan monastery, The Townhall and many more.

I would suggest that you stay at least for a night at Huy and pass your evening, by walking along the river and by visiting the town’s attractions. Don´t forget to visit Huy’s four wonders:

Continuing East and after passing some really ugly places (unfortunately river Meuse is full of large industries) we arrive in Liège, the largest city of the Eastern Belgium.

Liège has a remarkable history. During the first decades of the previous century, Liège was a worldwide working destination. Thousands of Greeks and Italians arrived, aiming to find a job at the dangerous, but well paying mines. Hundreds of them have died, during all these years, but better pass to another, less sad topic.

The city of Liège has a strong fortification, initially made during the 13th century and renovated in 1880. After this new fortification, Liège became Belgium´s strongest shield against a possible invasion from the East.

So, when the 1st World War began Liège and the nearby Ardennes hills, were places were the German troops found a strong resistance.

Liège is considered to be the most vivid city in Belgium, after Brussels of course. It has an extended pedestrian zone (the oldest in the country) full of shops, bars and restaurants. Have a walk there, drink a coffee at Saint Etienne square, as the locals do and have a shopping therapy at Place Saint Lambert.

Another tourist attraction is the New Railway Station, which is designed by the famous Spanish architect Sandiago Calatrava. I, personally, hate all Calatrava works, I consider them concrete monsters, which ruin the environment, but, I don´t know why, people like him. So, if you are among those who love the modern architecture, don´t forget to visit the railway station.

Before leaving the city, you must visit: