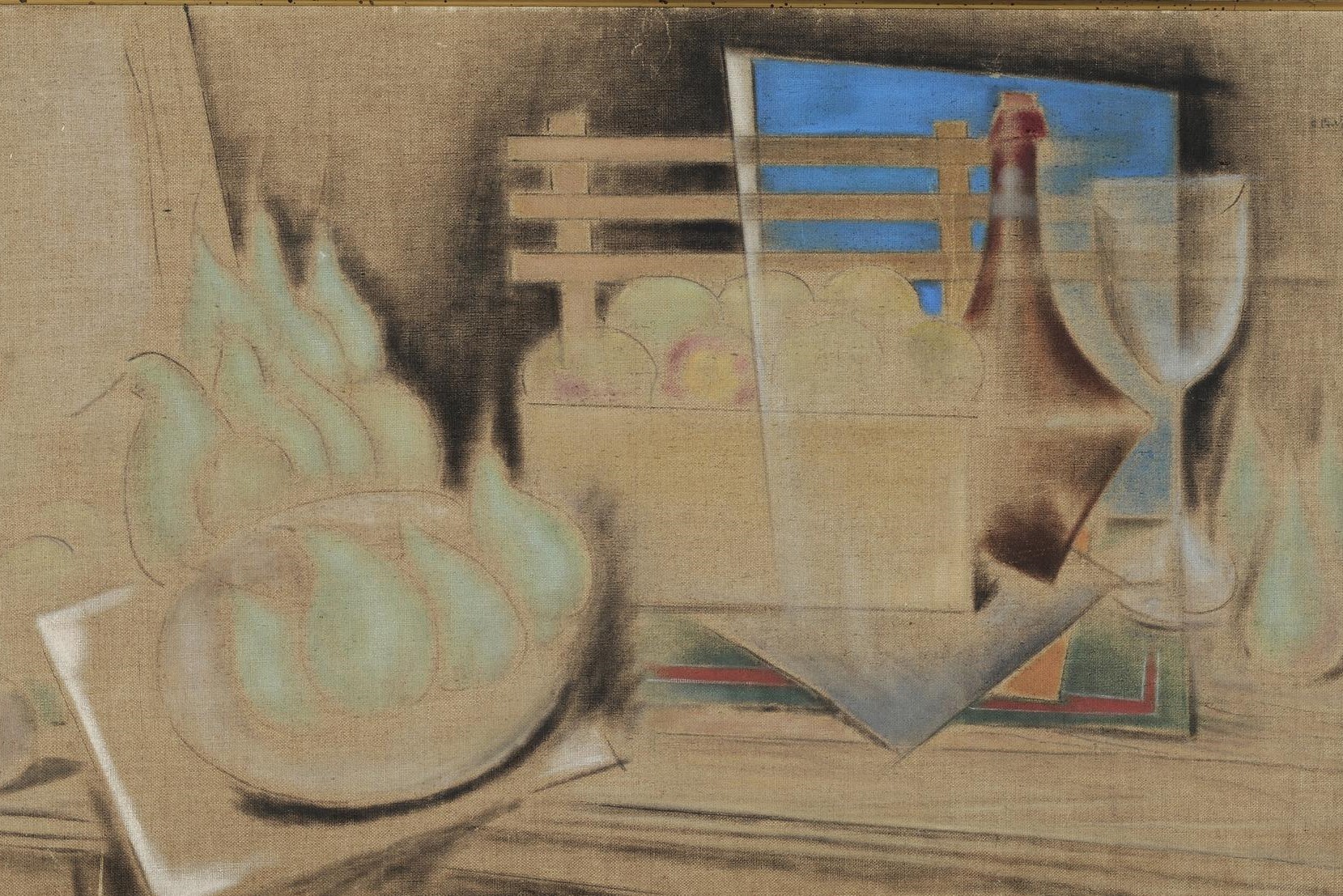 Konstantinos Parthenis (1878-1967) was one of the most important representors of Greek modernism. In fact, he is considered as one of the three “fathers” of Modern Greek art, along with Konstantinos Maleas and George Bouzianis.

From the beginning of his career, Parthenis moved away from the academic tradition and approached the liberal artistic movements. He developed a style of his own, that extended from a lyrical impressionism to a particular personal expressionist conception, characterized by geometric harmonious shapes and colour simplicity.

In his paintings, the artist introduced modern elements mixed with traditional or religious themes. Ηe was inspired by the Doric austerity, as well as the light and colour harmony of the Greek nature.

It is worth taking a look at two of his series of still life paintings, to admire how differently Parthenis depicted food, compared to the realistic approach of Gyzis and Vokos, as well as that of Pantazis, which we have seen so far.

In the front of the above painting’s scene we can see a carelessly set table with a plate of fruits in the middle, some glasses and a bottle of wine.

In the background the painter has introduced a window from where we can see the Acropolis of Athens. The painter has deliberately placed this symbol on his painting, in order to emphasize the Hellenicity of his theme.

The below painting features apples and pears, some of which are placed directly on the table surface, while some others on serving plates, that appear respectively on both sides of the table. The left and the right part of the painting are separated by a central element, a jug, while in the background the painter has placed another Greek object, an ancient lyra in this case.

Parthenis does not seem to care at all about the details, nor is he interested in the accuracy and objectivity of the depiction. There is nothing realistic, neither in the outlines, nor in the perspective and the third dimension, not even in the colours, which are too bright and faded.

What the painter is obviously interested in, is creating a dreamy atmosphere by bathing his subject in a dim light, and by introducing each time a characteristic Greek element, something that distinguishes his art, in general, and expresses his aim to present an idealized Greece.

As in most of his works the geometric figures dominate, while the design is rather free – style, if we may say.

Here is an interesting retrospective video of Parthenis’ paintings

Parthenis’ works can be found in the National Gallery, the Municipal Gallery of Athens and many other public and private collections in Greece and abroad.