A walk in Tripoli 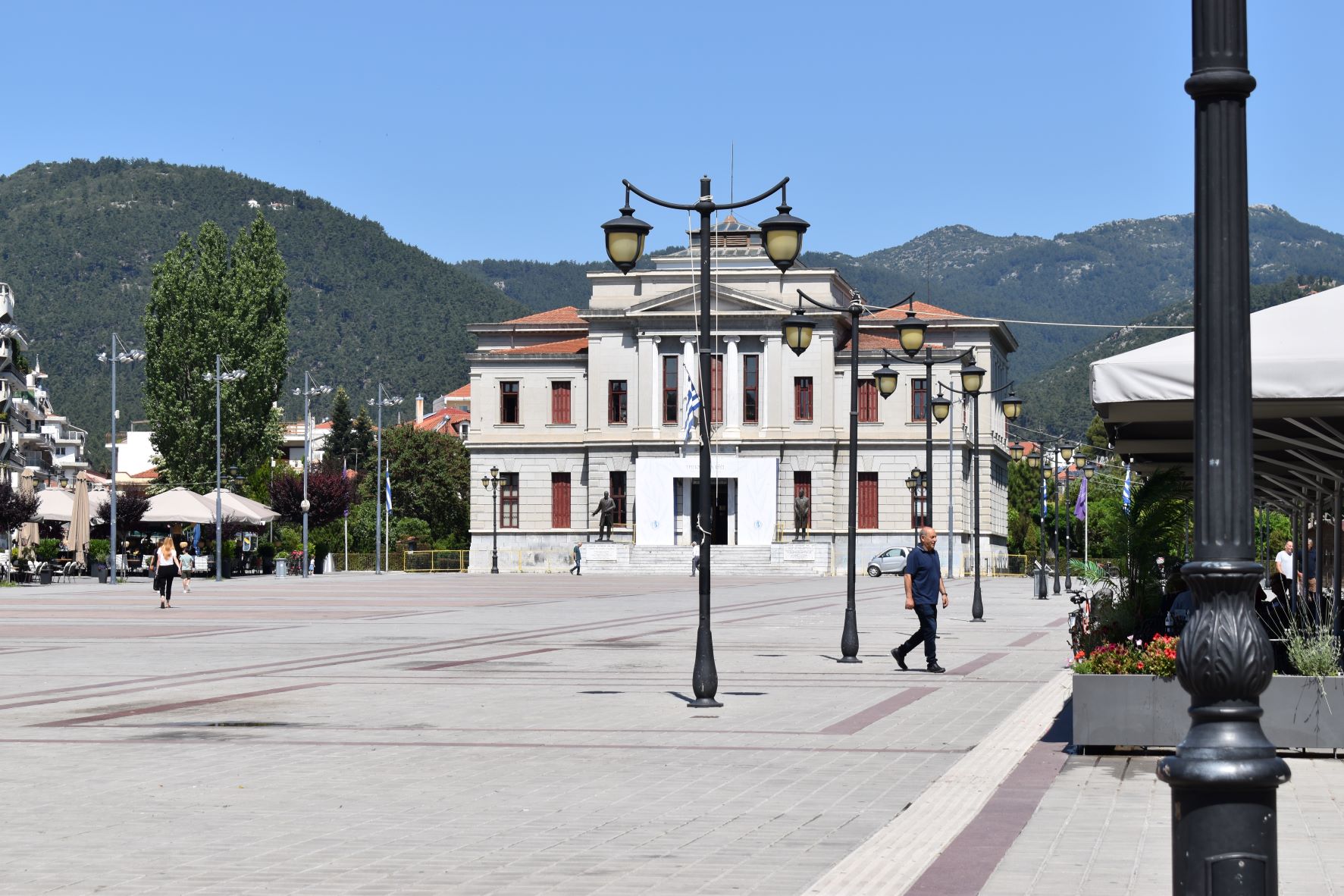 Tripoli – formerly known as Tripolitsa or Dropolitsa – is a beautiful city located in the central Peloponnese and the capital of the whole region. It is built at an altitude of 650 m. Its idyllic nature as well as its short distance from Athens (only 160 km) makes it an ideal day escape for Athenians and not only. One can easily get there from Athens by car taking the National Highway of Athens – Patras (A8 – Olympia Highway) and then that of Korinthos – Tripoli (A7 – Moreas Highway). The route at the Moreas Highway is really beautiful.

Apart from the beautiful nearby countryside with its lush vegetation, the city is famous for its numerous fine parks and squares, as well as its many buildings of architectural interest.

But what is mostly important about Tripoli is its historical and cultural heritage, since it played a prominent role in the struggle of the Greeks for their liberation against the Ottoman occupation. Due to the fact that it was at the time the military seat of the Turks in the region, the Greek revolutionaries in the Peloponnese led by Theodoros Kolokotronis decided to proceed with the siege of the town, the fall of which, in September 1821, had the effect of boosting the morale of the enslaved Greeks.

We are going to begin our walk from the central square – the Saint Basil square, formed during the period 1847-1848. Its construction and tree planting are estimated to have been the work of the first mayor of Tripoli. At this time, the square is being renovated.

The metropolitan church of the same name dominates the southeast side of the square.
Dedicated to Saint Basil, it was built on the site of Bekir Pasha’s mosque. It is a stone-built structure made of black limestone and covered with all-white marble. The temple is actually located on the second floor of the building, whereas on the ground flour there are numerous floor shops, originally designed to function as chapels, but eventually housed an equal number of commercial shops and various offices. Today the temple has undergone total maintenance and restoration of its original architectural form, internally and externally. The shops in front of the church are now purely for religious and pastoral use.

Opposite the church of Agios Vasilios we can find the War Museum of Tripoli. The Museum is housed, in particular, in the ground flour of a beautiful neoclassical building, constructed in 1861. The museum was inaugurated in 2000 responding to the need and demand of establishing a museum dedicated to the Struggle and the Revolution against the Ottomans at the city that was the center of it.

Around the square there are many beautiful and picturesque cafes, the most historic of which is, undoubtedly, the traditional and now renovated Megalo Kafeneio (big café).

It is one of the oldest cafes in Greece and one of the most picturesque buildings in Tripoli.
Coffee and ouzo in its great hall, especially on Sundays after church, is still a tradition for – mostly older – men. In addition to being a coffee shop, it is also a timeless place of culture, where poetry evenings and book presentations are held, while in the past even theater performances have been presented.

Arriving at the renovated Petrinou Square, where Tripoli’s local market used to be, we find ourselves among nice cafes and bars that have opened in recent years in the city.

However, the building that houses the Malliaropoulio Theater is the one that will definitely catch one’s eye.

The building was designed by the architect and two-time Olympic Champion Anastasios Metaxas and was completed in 1910. To this day, the Malliaropoulio theater is an authentic and integral part of the cultural life of Tripoli.

Continuing on Ethnikis Antistaseos street, we soon reach the courthouse park and we see to our right the back side of the building, which houses the city’s Courts.

The Tripoli Courthouse is a preserved historic neoclassical building and has hosted the judicial services of the region since 1935. It began to be built in 1911 on the site of the serai of Hursit Pasha during the Turkish occupation. The building was used during the World War II by the German Occupation forces and then by the Tripoli Security Battalions as detention centers and death row prisons. Today, in the building, the competent authorities of the Peloponnese region are making an effort to restore the basement areas, where the preserved cells remind us of an important part of our history.

It was constructed on the site where the serai of Hurcit Pasha used to be located. Its formation began in 1858 and was completed in 1862 after property expropriations. It got its name from the exercises of the infantry battalion, which were held in that area.

In the middle of the square stands the statue of the equestrian Theodoros Kolokotronis, the warlord and pioneer of the Struggle against the Ottomans. The statue was erected in the 70s after sixty years of donations. His bones are kept at the base of the monument.

The southwest side of the square has cafes, restaurants and hotels, while the rest of the square is surrounded by green, beautiful and well-maintained parks with pavilions and playgrounds, which offer coolness and rest.

A particularly well-kept and beautiful part of the park is the grove of the Philodendron (friends of the trees) Association.

To the left of the grove’s entrance are the busts of the heroes of the Struggle, while in the background the church of the prophet Elias stands out.

The park is a real breath of fresh air for the city. It is full of tall trees and ornamental plants, benches where one can relax and read a book, while in the center a beautiful fountain offers extra coolness.

If you got tired by now, you can take a breath of fresh air and if you want, have a cup of coffee in the charming café that operates inside the park.

On the occasion of the 200th anniversary of the revolution of 1821, the banner of Filiki Eteria – Society of Friends (a secret organization founded in 1814 in Odessa, whose purpose was to overthrow the Ottoman rule of Greece and establish an independent Greek state) was painted at the association’s headquarters, along with two famous quotes of the National Poets Dionysios Solomos and Rigas Feraios.

“Behold before you the wall of wretched Tripolitsa stands, now a bolt of terror you wish to throw at her”

“Better an hour of free life, than forty years of slavery and prison”

publicat a DG viatges i oci Escapes in Greece